Did a new secular stocks bull market effectively begin in 2009 or 2011, with the recent breakouts above secular bear resistance making for a golden buy opportunity? 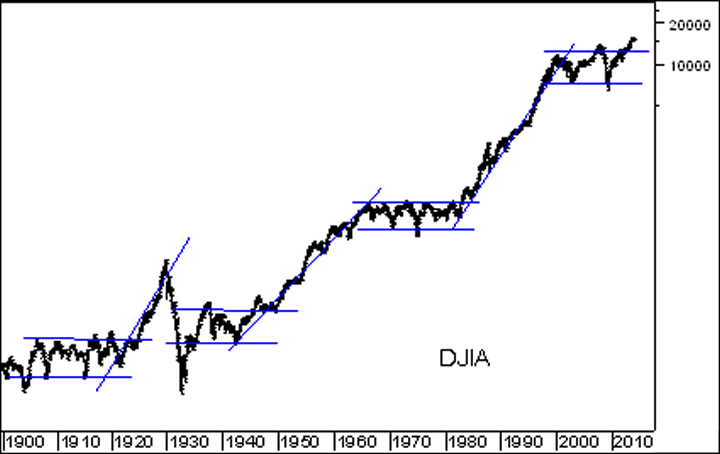 Or is a secular stocks bear still in progress and we are on the cusp of a major shorting opportunity, together with a GOLD buy opportunity? 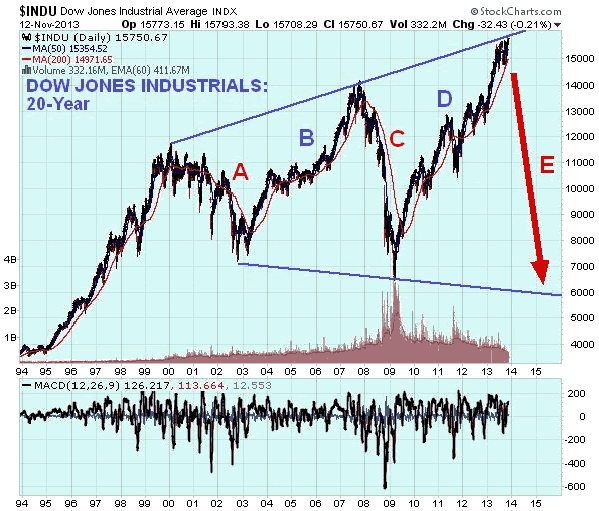 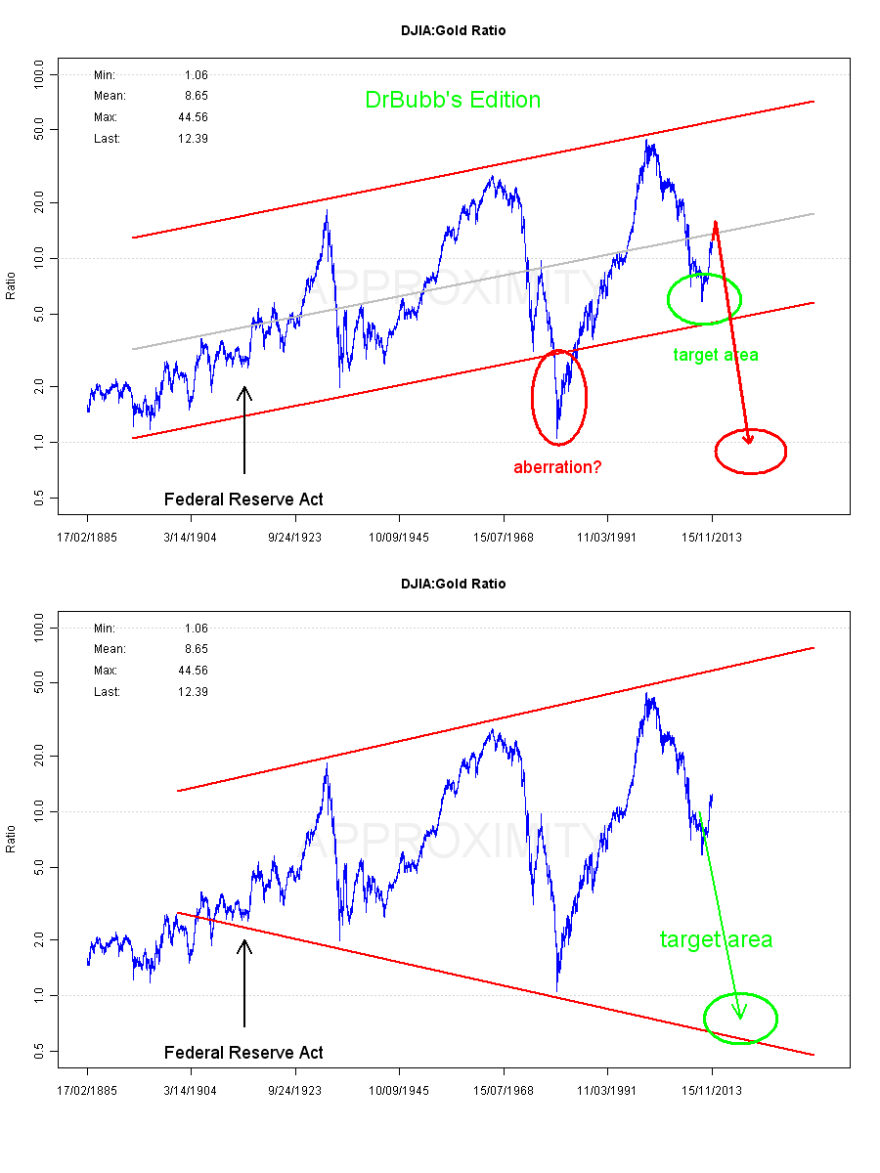 The case for the stocks secular bull market would be that valuations washed out sufficiently from the peaks in 2000 to the lows in 2009, that central bank stimulus is doing enough to offset collective demographic down forces, and that exponential technological evolution will drive increasing profitability and economic growth from here. Here are a couple of charts I produced last year, pre demographic research, showing the secular bear p/e valuations progress, with the lower chart showing how I expected breakout in 2013 followed by retest of the breakout level in 2014, before secular bull momentum took hold.

That projection was based on historic patterns, and still seems reasonable to me, if this is a new secular stocks bull. 2013 has indeed seen the ‘pentagon’ breakout in the major global stock indices, and a successful retest of the nose of the pentagon in 2014 would reset some of the froth we have built up this year as well as giving technical validation to the new bull.

However, since my demographic research, and broader thoughts progress, I have been more convinced of secular bear continuation, and the megaphone projection above. The case for secular bear continuation includes unprecedented collective demographic downtrends and overvaluation of equities by other measures. Here are Doug Short’s 4 valuation measures all showing historic overvaluation extremes, excepting the 2000 outlier:

There is a case for a breakdown to -50% if historic patterns are to be maintained, before a secular bull could be considered. The doubt is if 2000 was not an outlier but the new norm, namely a racheting up of higher and lower valuations, perhaps as a result of technological evolution also ratcheting up. Alternatively, valuations may change in context – namely that in this current era, ZIRP and QE have killed the attractiveness of cash and bonds, and we are therefore in an era where stocks are relatively more appealing: 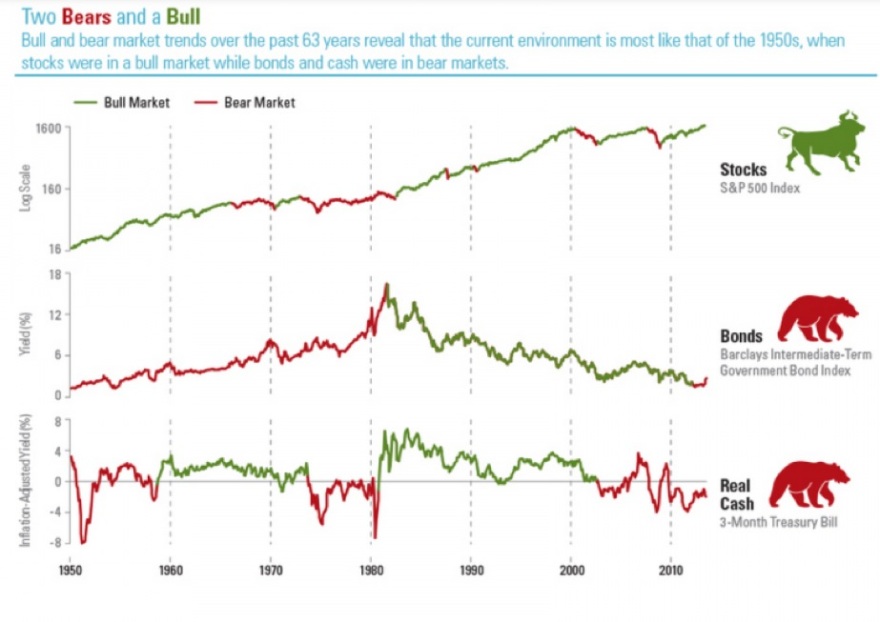 And commodities? Deflationary demographics may have terminated the secular commodities bull before expectations, i.e. without a collective final mania. Or commodities may yet perform as late cyclicals, making a final ascent into 2014 that tips the fragile global economy into recession. The commodities indices are still in large triangles, since 2011, and whilst they remain so, the latter remains possible.

If, however, deflationary demographics are working their way through the commodities complex, then, by my research, there still remains a place for precious metals to shine, as the anti-demographic asset. The third chart down above in this post shows the progress of the dow-gold ratio, and also suggests the two secular possibilities. One, that the rising long term channel shows a repricing in the ratio in favour of equities (due to tech evolution) which means higher bottoms for the ratio and higher tops, i.e. the 2008-2011 lows were sufficient. Or two, that the fiat capital era has produced ever increasing extreme swings, which suggests the ultimate low in the dow-gold ratio is still ahead and will be the lowest yet.

Of course this will all become clear with the fullness of time. If demographics overcome central bank actions and tip the world into deflation, recession or both, then I expect stocks to lose and gold to win. If central bank actions together with tech evolution are overcoming demographics, then we should see a gradual strengthening in economic growth and profitability which should mean stocks (continue to) win and gold loses. Somewhere inbetween would be the scenarios in which rising yields or an inflationary shock (speculative run in commodities) or both tip the world into recession, which could reset stocks to some degree but keep both secular options open.

Back to the near term, we continue to see signs of froth in equities as well as signs of a melt-up in progress. That makes it difficult as it suggests it not prudent to go long here, but the short opportunity that it is setting up could be yet, 5%, 10% higher or even higher. Depends how crazy things might get, and if this the solar maximum then that potential is there. 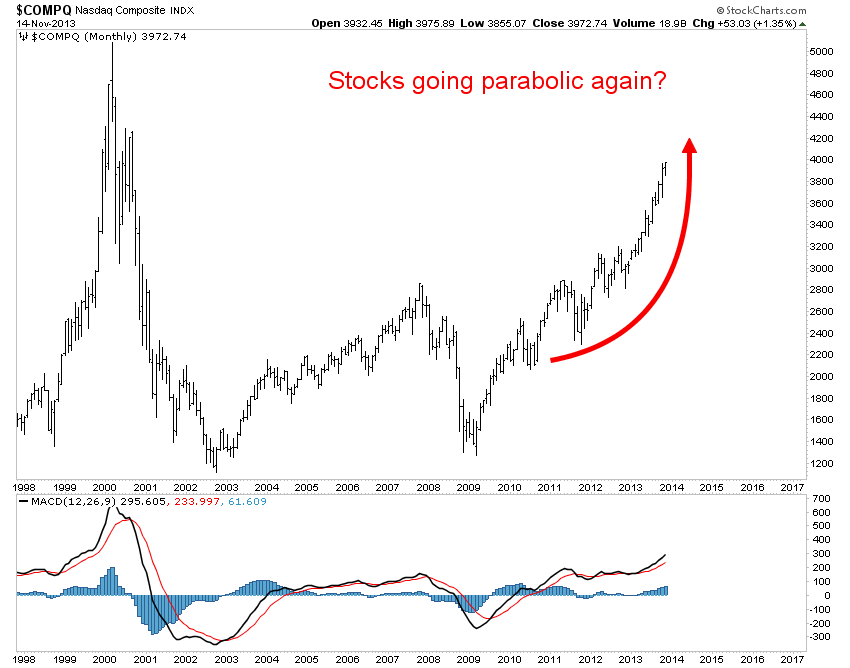 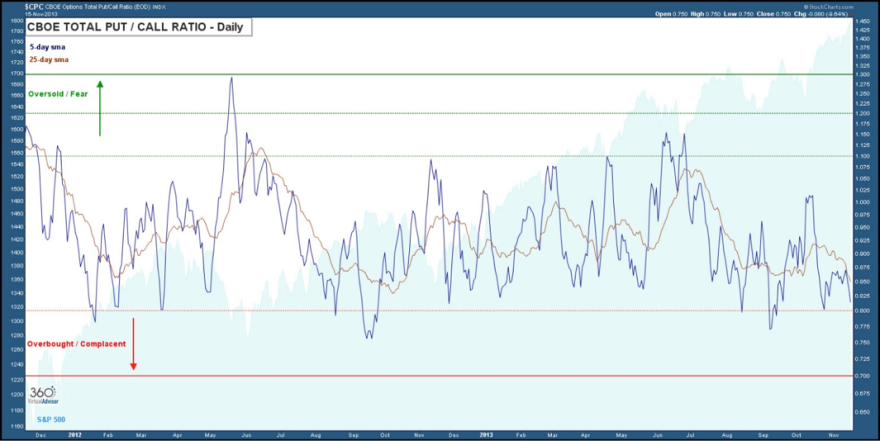 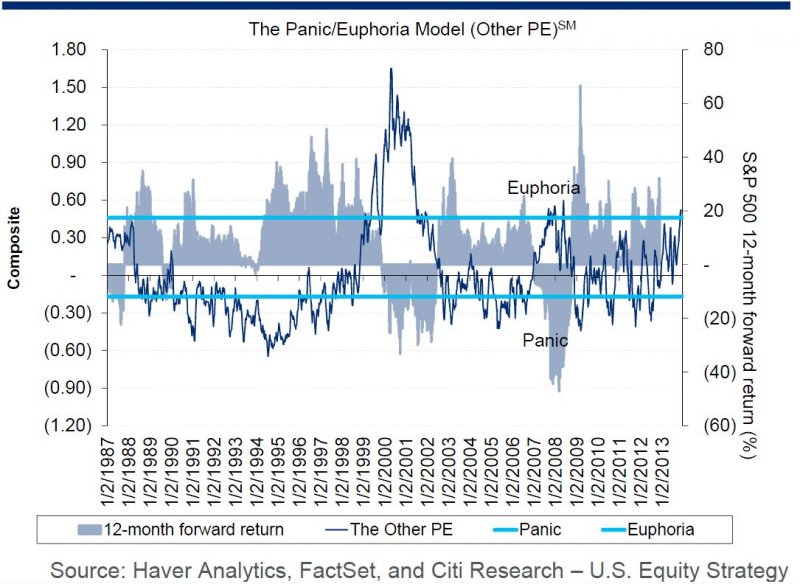 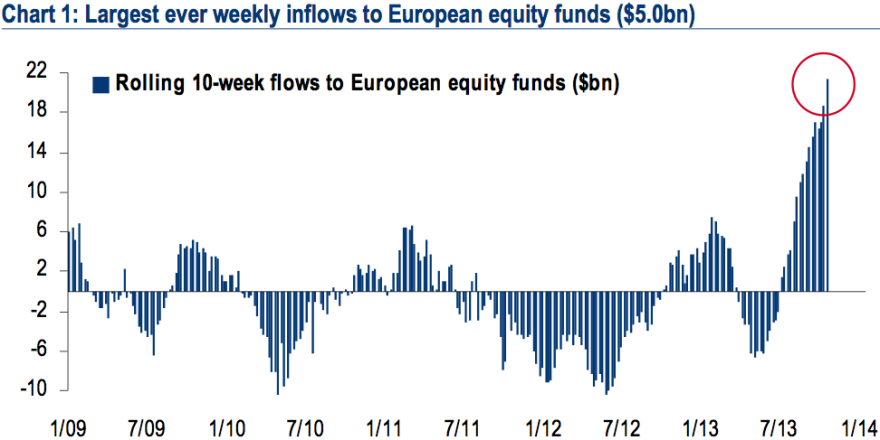