Skew is still in the elevated range warning of potential large move. 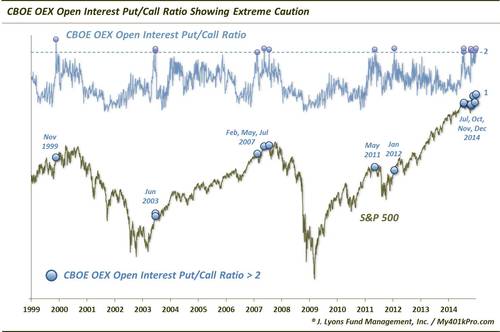 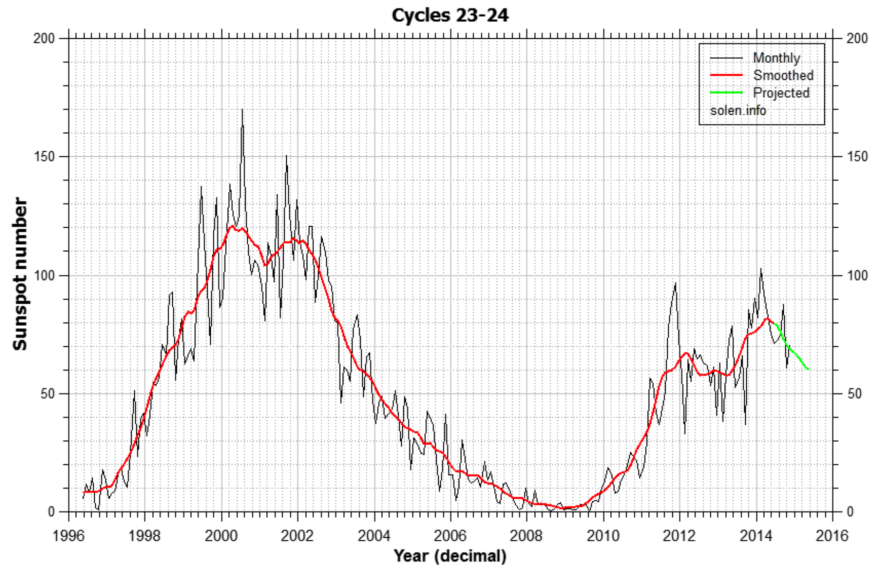 Both sources, plus IPS additionally, show the smoothed solar maximum behind us in April 2014 with a value of around 82. 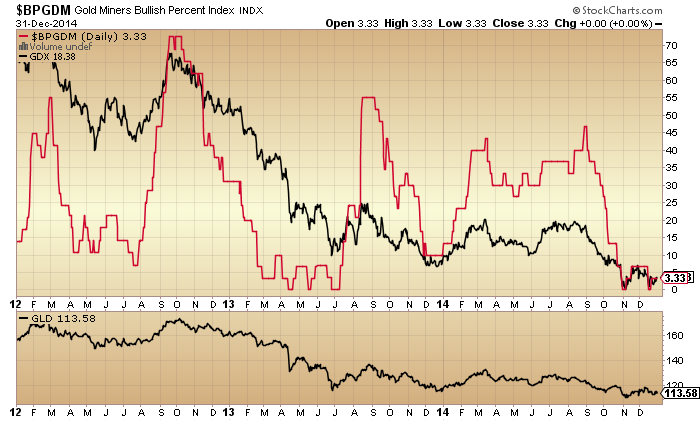 7. US Dollar still ripe for a reversal:

Summing up, the picture painted by these indicators is consistent with my last post, namely that stocks have been in a topping process in 2014, that the solar max and speculation peak is behind us, that the effective peak in stocks was end June / start July 2014 and that stocks are still set for a big move to the downside. Plus, fortunes in the US dollar and gold/miners should reverse, fitting with the reversal in stocks.