September finished as a down month for all US stock indices, which means the peak in margin debt should remain as February. Cross-referencing: SOCL, RUT and Nasdaq breadth peaks are still signalling a likely Feb/Mar speculation top, whilst biotech remains tentatively supportive, at a double top with March. The smoothed solar maximum continues to look like it occurred around March, so the whole picture remains strong for a sun-driven speculation peak around March and a period of ‘borrowed time’ for equities since. 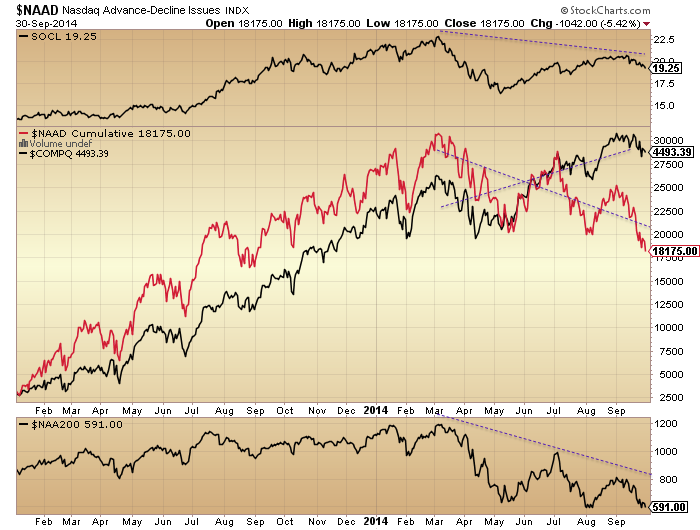 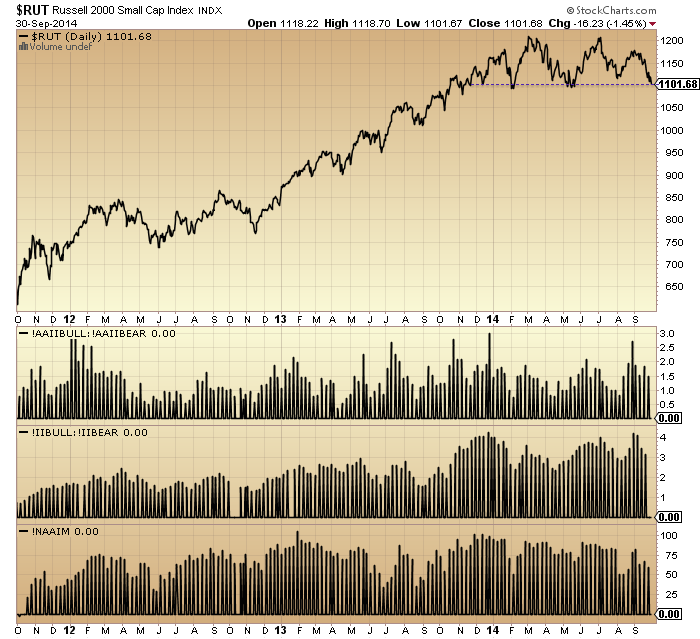 The SIDC chart shows that they are still running with an alternative in which the smoothed solar max double tops ahead at the end of the year, but the majority of other solar scientist models are aligned to their SC prediction (smoothed max behind us, circa March). By cross-referencing with measures of speculation above, the behind-us scenario gains further weight.

The Russell 2000 has now reached the key technical level around 1100 for triggering potential waterfall declines, and it arrives here at the most bearish point in the year, the seasonal geomagnetic low of October supplemented by downward pressure into the full moon of next Wednesday 8th.

Conversely, if the RUT and other US stock indices can hold up through the full moon and the rest of October, then a year end peak in large caps would gain weight, with the seasonal upward pressure out of November. As things stand though, the recent collapses in junk bonds and inflation expectations, the September declines in all stock indices and the acuteness and maturity of many different stock market indicators (which I have detailed on this site) all support the October breakdown option.

Turning to other markets, the US dollar is in a parabolic ascent, the Euro a parabolic descent, and the slide in precious metals continues. All three show extremes in positioning and indicators that are suggestive of a reversal, and the parabolic trajectory of the FX pair suggest a snapback should be imminent, but when? 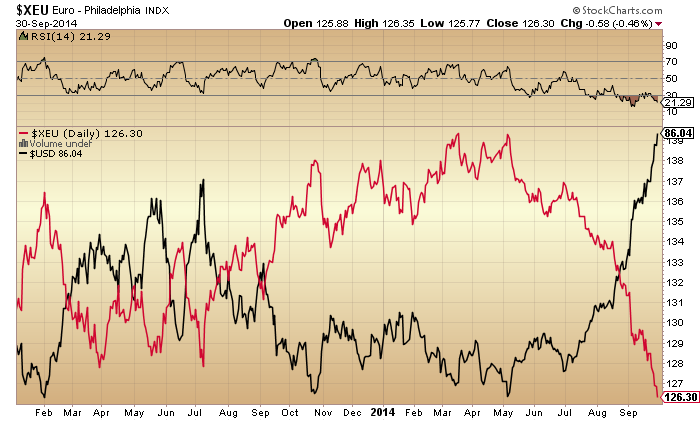 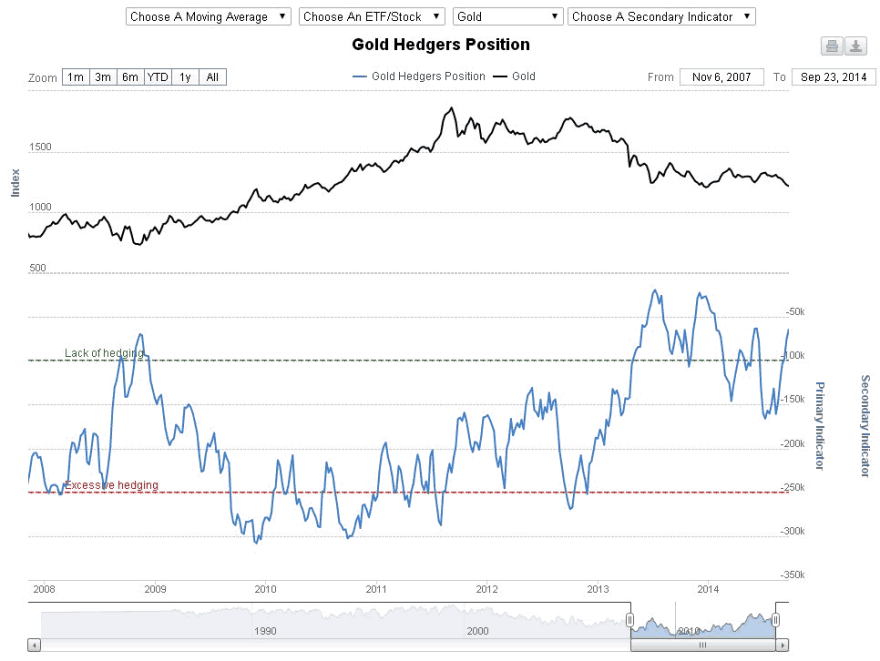 I see it as linking in nicely with the situation in equities. If US equities break down through the key technical supports (to clearly kill the prospect of another v-bounce), then gold should at that point reverse course, and the dollar may then be sold off. Much of my recent work on stock market indicators shows that the case is strong for equities to break down without delay, suggesting these intercorrelated reversals ought to indeed occur here in this pertinent window at the beginning of October.

At the macro economic level, economic surprises in Europe and China continue to languish negative, whilst the US remains positive. The global real narrow money leading indicator predicts a slowdown once we hit 2015, whilst ECRI leading indicators for the US remain poised at a low level from which a fall in equities would likely tip then negative. This brings me back to what leads what. I recently covered that equities in fact tend to lead leading indicators by a month on average and that previous major tops reversals in leading indicators only occurred once equities had made initial hard falls, which in 2014 they have yet to.

I suggest that if we are post-second-chance but having ‘cheated’ a decent first chance correction (and this is the picture painted by most stock market indicators), then the falls from here should be twice as hard and echo action post-second-chance in 1929, 1987, or 1989 (Nikkei) whereby the falls become waterfall declines or panic selling. If the selling is more measured and back and forth then we should alternatively look to indicators to washout and align for a bottom at perhaps a 10% or 15% correction, before a potential rally into year end.

This last quarter was the best quarter so far for viewing stats on solarcycles.net. The best month was this last month (shown below), the best day just yesterday. So, thanks for reading my analysis and thanks to all those who contribute and make for a good discussion board.

To sum up, I’d give 80% odds to equities falling in October through technical supports and cementing a new bear market. I’d give 20% odds to equities holding up into or making a second chance peak at year end (both around 31 Dec). I don’t have a case for a bull market extending into 2015, as this would invalidate a variety of historically reliable indicators with different angles on the market.

As this is the last quarter, it seems appropriate to stick this up: predictions from the professionals at the start of 2014 for year-end. We can see that all were bullish on equities, predicting an up-year (accepting that they largely play it safe and align with each other). As you know, I was bearish at the turn of 2014 and always expected us to end the year in a bear market, so it’s a black mark against me if we don’t. But I believe the weight of evidence still supports the markets swinging to me by year-end, so let’s see at 31 Dec.