Breakout in the Dax: 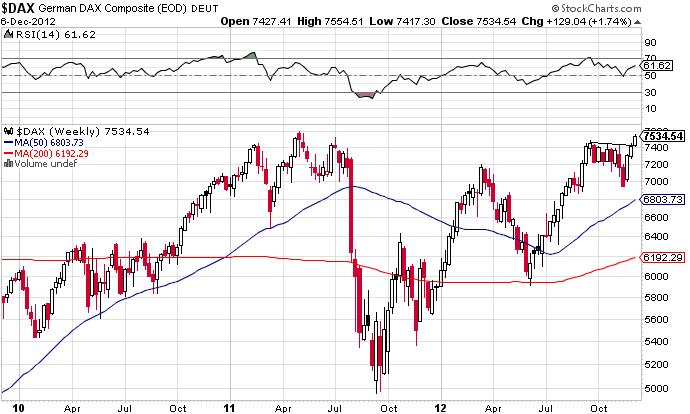 The FTSE is currently pushing for breakout too.  The US stock indices have made a little consolidation for a potential inverse head and shoulders. 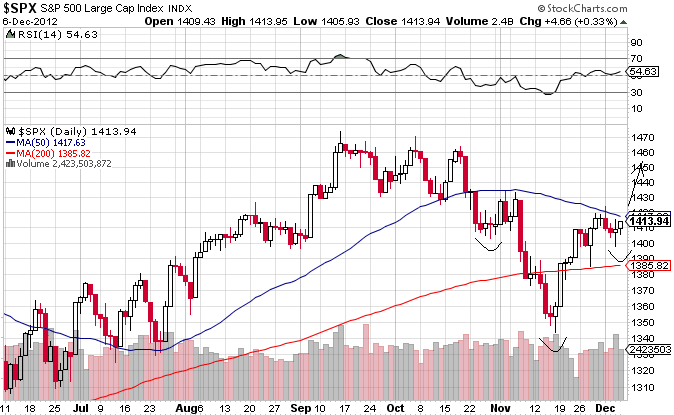 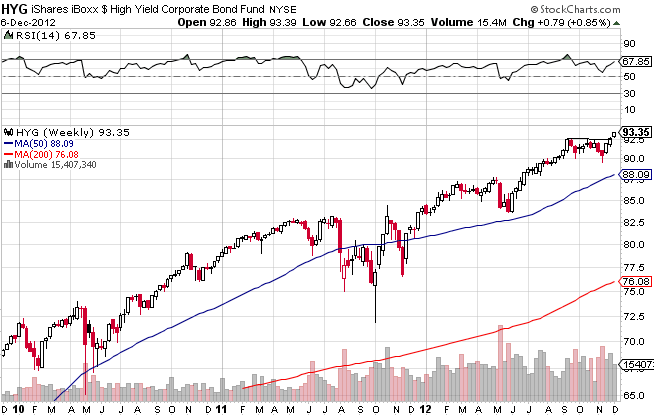 Commodities have not been as strong this week, but the collective CCI index uptrend initiated mid-2012 is still in tact. I am aware that I have hardly mentioned crude oil all year, even though I continue to hold a significant long position in this energy, but for 2 years now it has been range-trading around $100, and there has been little to say therefore about the chart action. However, the longer term picture still shows a secular bull in play since the turn of the century with an extreme episode of greed and fear around 2008, and if that trend is still valid (I believe it is) then we should see crude oil re-take $100 soon.

The Markit / JP Morgan global services PMI was released this week and shows an uptick, as with the manufacturing PMI of the last post. 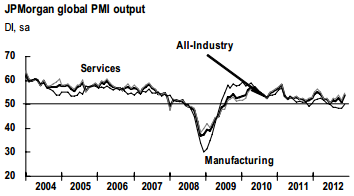 Positive developments in stock indices match up with improvement in PMIs and leading indicators, and I believe we will see pro-risk advance further into year-end.

Lastly, below we see developments in industrial output in the last secular bear of the 1970s have been mirrored very closely in this secular bear. A continuation of the parallel would see a recession in late 2013 / 2014, shallower than in 2008. That would all fit with my solar/secular expectations. Of course, the parallel may fail, but I suggest that the overlay adds weight to my timings as to where we are in the overall cycle. 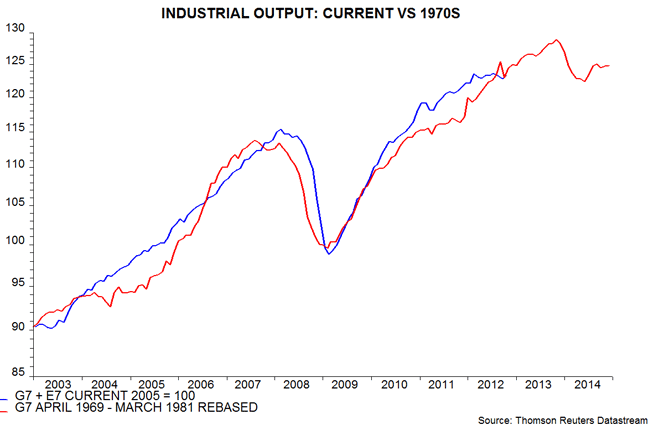 Have a great weekend all. My current outlook in Southern Thailand (just trying to work out where we are heading next…):