It is a contrarian’s dream, right here right now. These are the opportunities that make me lick my lips: oversold and overbearish extremes. This morning I have added long Hang Seng, FTSE 100, silver, oil. 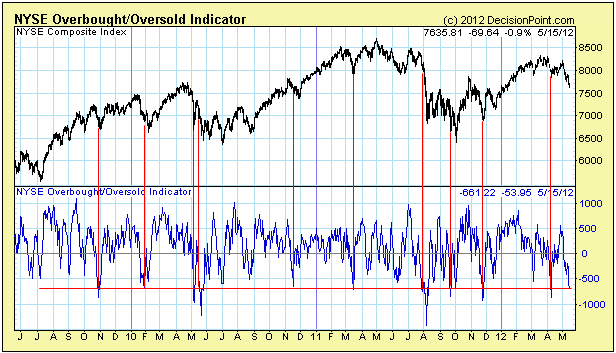 Put/call ratios at levels that have historically marked bottoms: 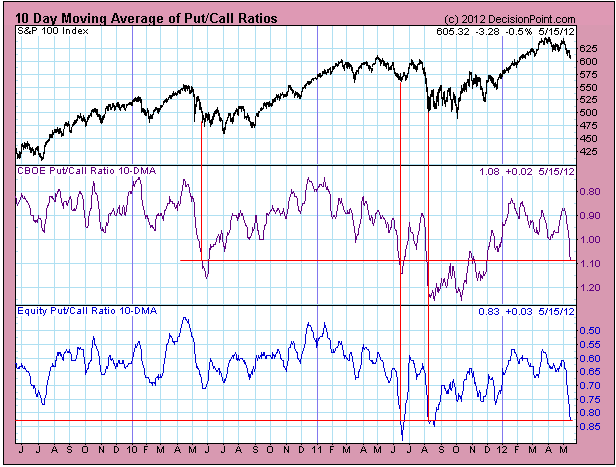 AAII sentiment at bearish extreme, plus high percentage of II sentiment neutrals which has historically siginified a trend change. UBS here highlight the lack of high volume capitulation. Yesterday gave us a voluminous daily candle, but capitulative breadth only reached 3. It is possible today we could see that capitulation, followed by a hammer v-bounce. Let’s see.

Nymo positive divergence. Again, UBS’s chart, with their interpretation that we will see a significant bounce then further downside. I repeat my point that whether you side with my longer term projections or not, a period of mean reversion will follow when pro-risk hits oversold and overbearish extremes. 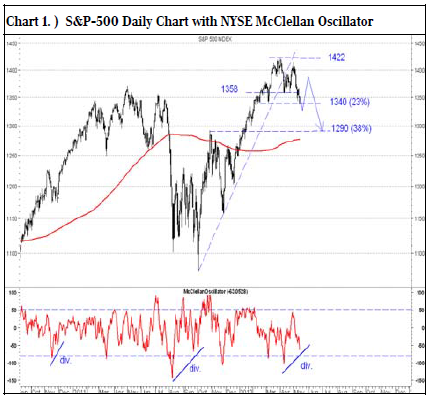 Sentiment is at bullish extreme for the US dollar. Euro-dollar RSI is in the extreme oversold zone.

The USD longer term is now at horizontal resistance. 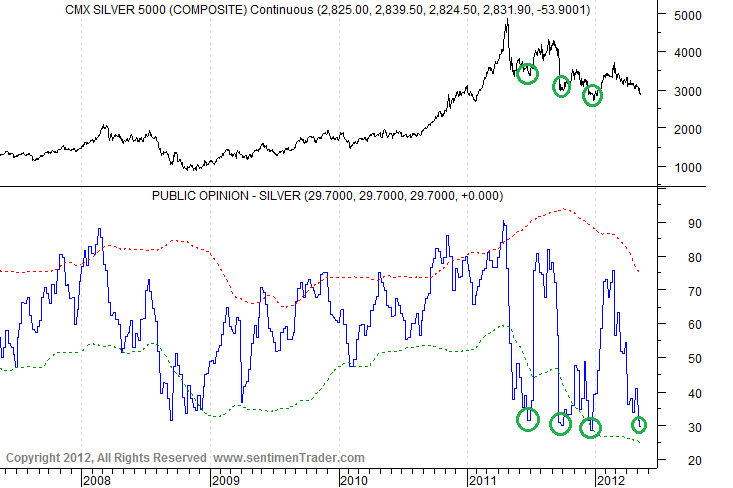 Gold miners are at oversold and overbearish extremes.

Gold commercial and open interest is at contrarian extreme. 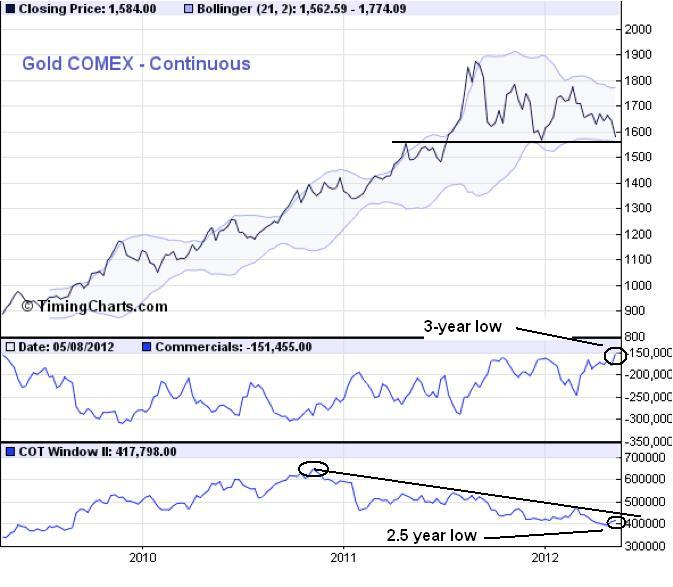 Various agri commodities are in the overbearish extreme sentiment zones, including orange juice, coffee, wheat and cocoa. The global temperature figures for April came in at the second warmest on land since records began. Dry weather gave agri commodities a push up yesterday, counter to the pro-risk sellling, as harvests are likely to be affected.

Lastly, the macro front. Leading indicators point to growth ahead, with the exception of Euroland.

Economic Surprises have stablised in the last couple of weeks for the major economies. Leading indicators suggest we may see them turn up ahead.

But the overarching issue currently is Greece and Euro debt. Spanish CDSs are at a record and still climbing, plus Greece is going back to the polls with a probability of installing a government that does not agree to the bailout terms from the ECB. The fear is that Greece is expelled, makes a hard default and brings down major European banks.

I am not belittling the Greece and Euro debt issues. But we have been here before, the last 2 years. Politicians will take action, central banks will take action. The oversold/overbearish extremes scream opportunity, to me. If the Greece/Euroland saga rapidly spirals into the worst case scenario, and pro-risk plunges much further before reviving, then I will take some account pain. But I always keep powder dry. If we do plunge much more overbearish and oversold I will attack again lower down. But I believe the bottom is close at hand.

23 thoughts on “On The Attack”