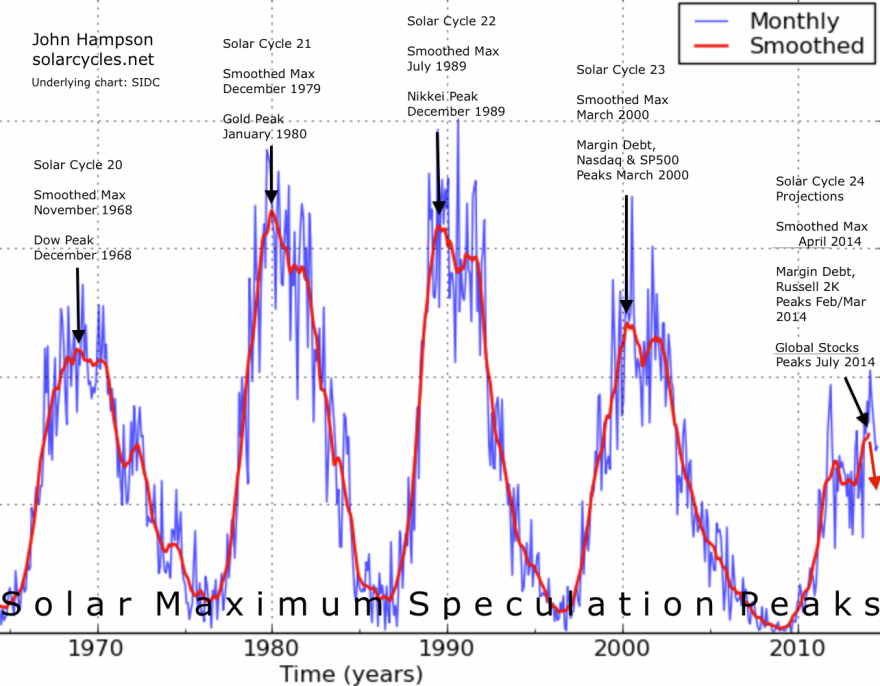 People perhaps a little more consciously buy and sell seasonally, but unaware they are being guided by geomagnetism. Again this is more often than not, rather than every time.

Considering the last 5 solar cycles then gives us five exact dates over the last 50 years. They are:

Did a major market peak fall close to any of these dates? Yes indeed…

A) Major Dow and FTSE bull market peaks in December 1968, two weeks from the date. 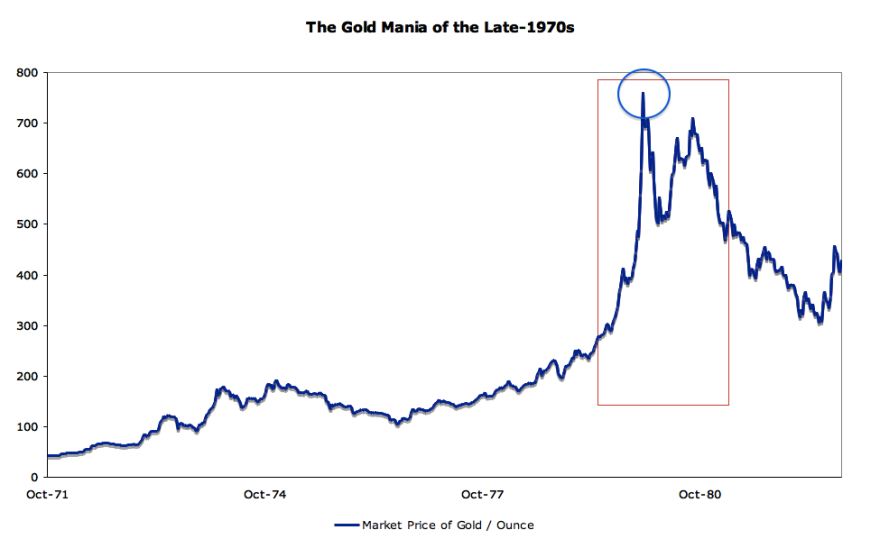 E) Our current scenario. Rather a lot peaked or reversed direction around the date of 27 June 2014: 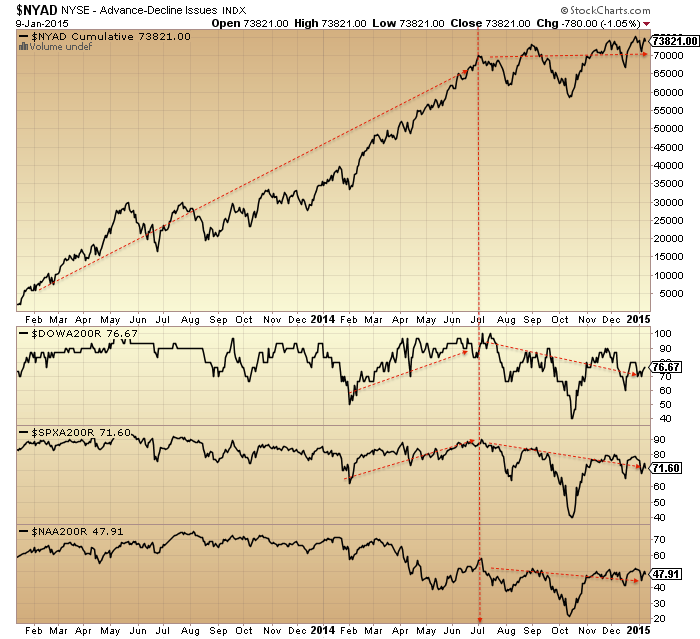 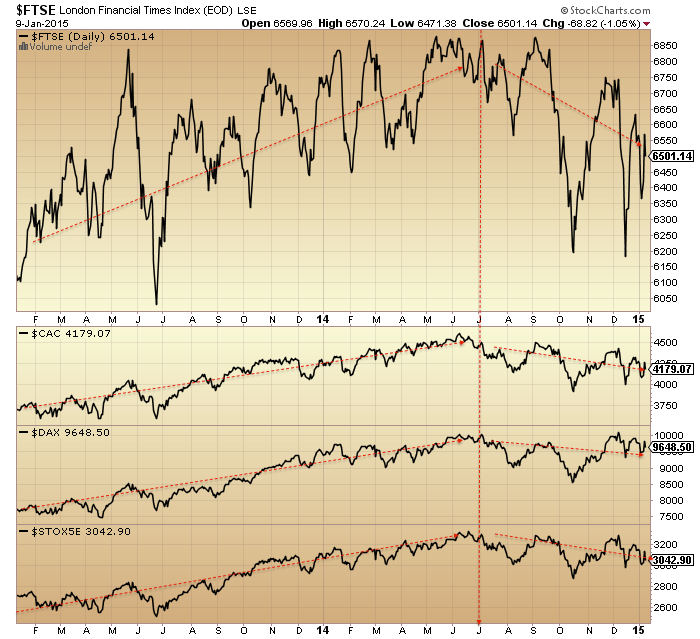 Not only this, but the combined central bank balance sheet expansion of Fed, ECB and BoJ peaked out around this time, as we might expect given the sun should be guiding them too.

Plus, drawing on the Nikkei 1989 experience, if we also look at the geomagnetic seasonal peak that fell at the end of the year 2014, then the new moon was 22 Dec, and the Dow and SP500 peaked very close to this as things stand.

In short, if the stock market is as ‘dumb’ a mechanism as this, then there should be no new highs ahead in any of the indices or indicators listed. The three solar influences of sunspots, geomagnetism and lunar phasing (nocturnal illumination by the sun) silently guided the markets to a peak.

The caveat for this is that solar models are correct and the smoothed solar max is behind us.

So, in the near term, the move up of Wed and Thu last week should be repelled before new highs are reached. Friday’s move down may be the start of that. However, the new moon of Jan 20 is still a high on the geomagnetic model (the last high before we tumble down to the March/April lows) so falls in earnest may potentially wait until after that. The Nikkei in 1990 tumbled in earnest once February hit.