The US enjoyed united demographic uptrends from 1980 to 2000 and since then united downtrends. Here are a collection of charts that show the powerful reality of this influence.

1. Risk assets markets in real terms trended accordingly, and are calling for another cyclical bear down within a secular bear underway since 2000:

3. A dwindling proportion of people in jobs:

5. Means that there is less dollar circulation in the economy 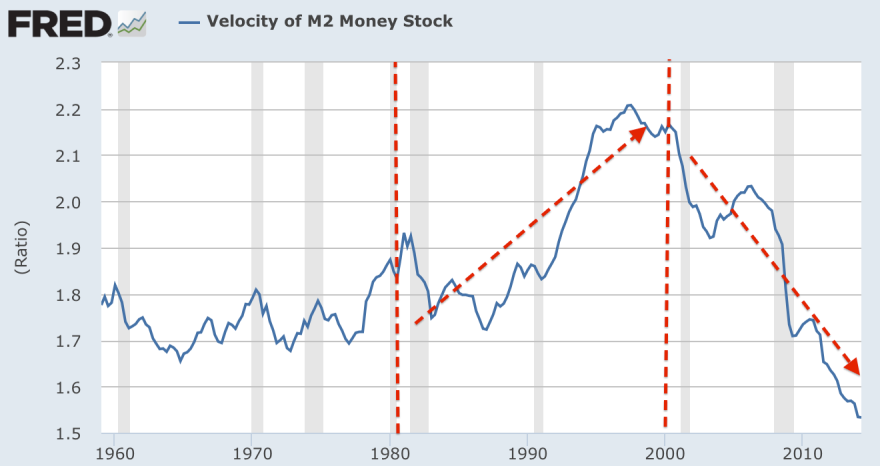 6. And consumer sentiment is overall waning.

7. Turning to the supply side of the equation, business capacity utilisation is in decline:

8. And corporate investment too: 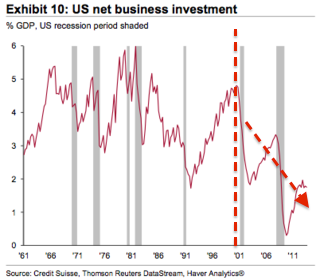 9. However, corporations have been doing better than households: 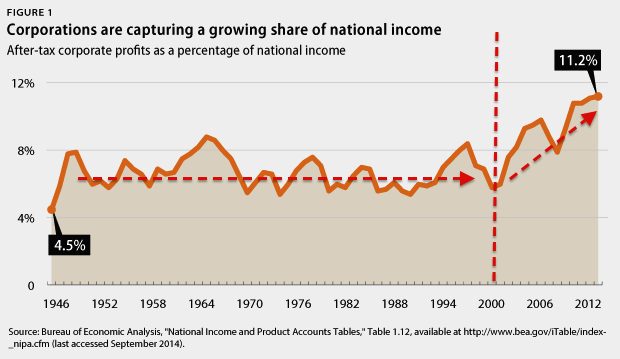 10. As they have cut staff, replaced with tech, and kept wages low for retained staff: 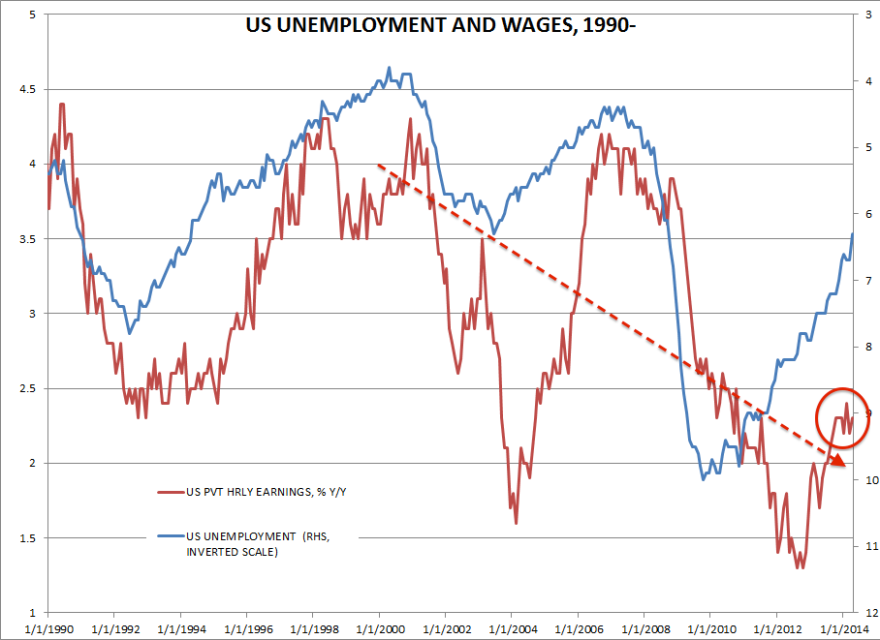 11. With shrinking real demand in the economy and in asset markets, the Fed has attempted to offset this by depressing rates: 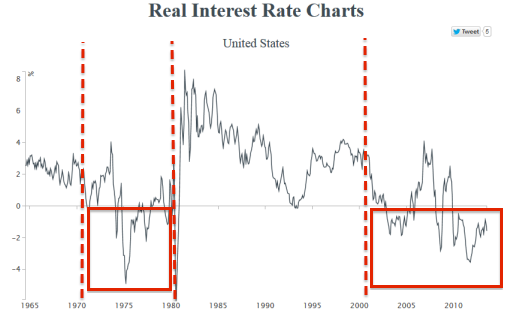 13. The stock market has to a degree been a beneficiary as investors search for yield and corporations indulge in buybacks rather than business investment. However, this has all been sponsored by increasing debt, enabled by the low rate environment:

Drawing this together, demographic trends are creating a negative feedback looping between jobs, wages, incomes, spending, business investment and utilisation in the economy. Lower demand and lower supply. QE and ZIRP can’t really influence this because they are nothing ‘productive’ (tinkering with the money mechanism), and they are also only policies of encouragement rather than policies of force. However, they have served to shore up the banking sector, to keep debt costs low, and to push some people and businesses to look for yield, driving up some asset markets with an associated wealth effect. Equally though they have detrimental effects by postponing necessary economic cleansing, driving up asset prices through increasing debt (i.e. unsustainable), discouraging more productive use of money and in some ways worsening the economic situation by reducing incomes dependent on saving rates. Nonetheless, the Fed was keen to avoid the 1930s front-loaded deflationary devastation and has succeeded in this. But have they prevented it, or just postponed it? On a long term view, they have of course only postponed it, because the massive borrowing that they have undertaken is wealth taken from the future. But for us traders, the shorter term outlook is key.

I believe the above collection of charts demonstrate clearly that the Fed’s policies do not overcome the overarching demographics as they all show a series of stair-steps downward since 2000. If we contrast it with the 1930s we see evidence that the Fed has helped to phase the devastation, but the charts show they have not been able to neutralise it. When we consider the unprecedented collective demographic downtrends in place now in all the major nations, I believe it is clear we are on the cusp of another leg down, both in economic measures and asset markets, that will take us to a new level in all lower than 2008/9. We can cross reference this with the stock market currently at extremes in valuation, sentiment, leverage, buybacks and allocations: namely it has the attributes of a ponzi scheme wealth effect, at high risk of full reversal. When the stock market collapses, the next leg of demographic devastation will wash through, revealing the relative impotence of the central banks.