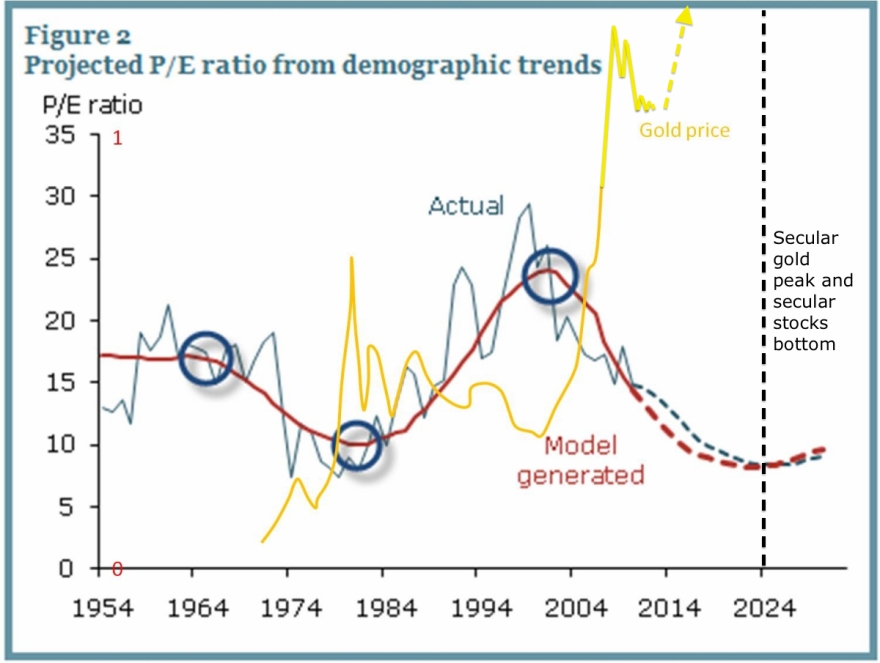 Gold behaves as the anti-demographic. This chart shows US demographics versus p/e ratio (equivalent to inflation-adjusted stocks) and gold price on a long term view. P/es or real stocks trend with demographics in secular fashion and gold the inverse.

In the 1970s we saw a gold secular bull as demographics declined, then 1980-2000 the inverse. Demographics turned again around 2000 and put us in a secular stocks bear and secular gold bull from then through to circa 2025, which makes the gold correction since 2011 a pause in proceedings, similar to the Dec 1974 – Aug 1976 correction in the last secular gold bull: 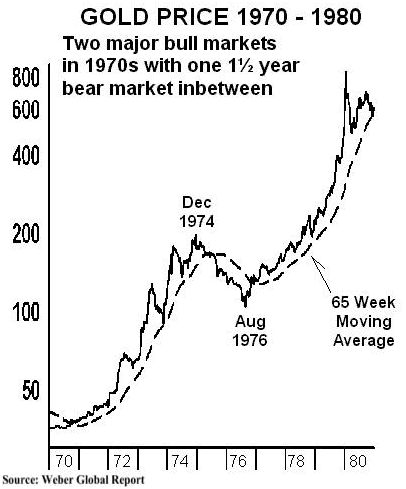 The late 20s stock market peak was equally a demographic peak and gave rise to a stocks bear / gold bull combination. Homestake Mining is used as a proxy here: 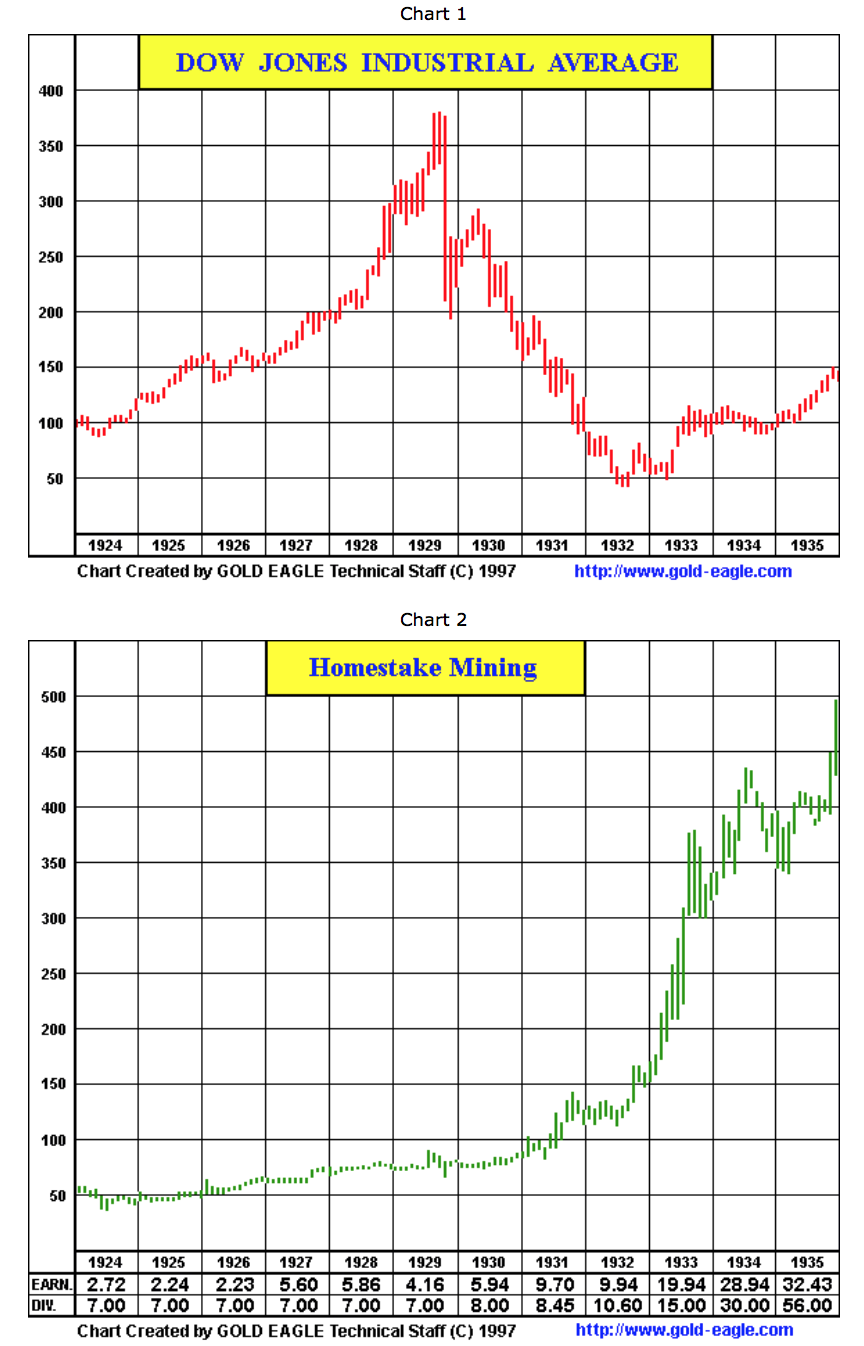 Gold should make a speculative mania into solar cycle 25’s peak, circa 2025, with this target on the dow-gold ratio: 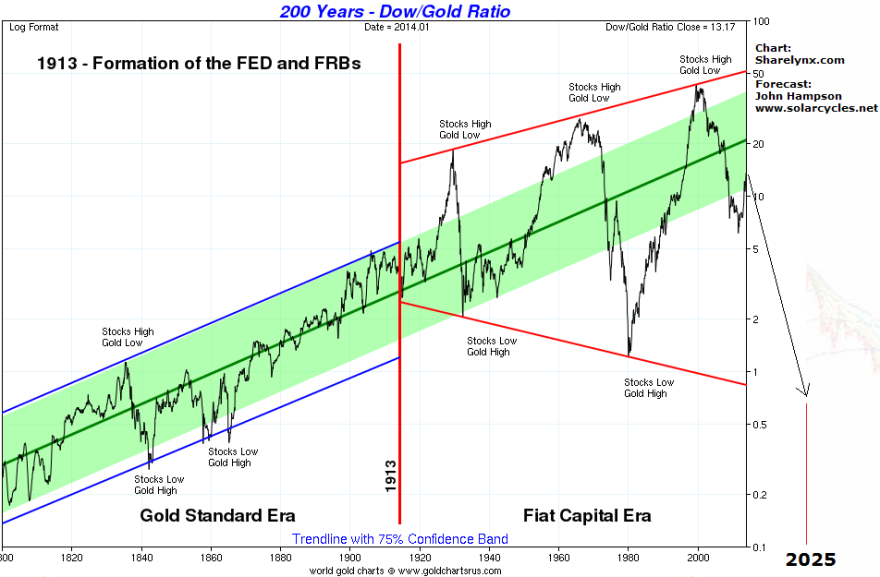 A look at long term gold and silver sentiment shows a pattern has developed over the last year similar to the lift-off in 2000. 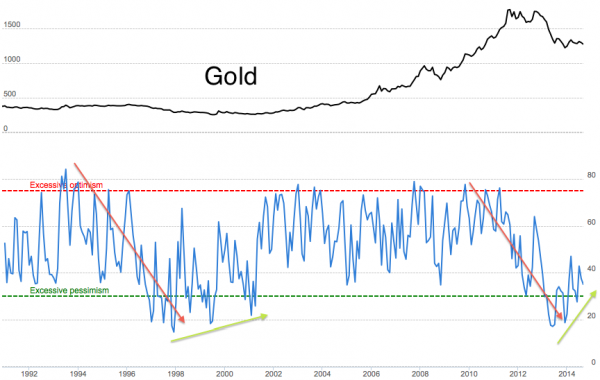 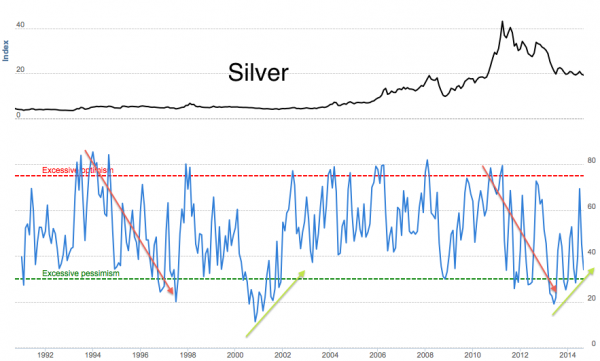 Cross-referencing with the current position in stocks, we see a range of topping indicators and extreme overvaluation in equities, which sets the scene for a new cyclical stocks bear (within an ongoing secular bear) to erupt imminently whilst gold resumes its secular bull. So I am looking for a floor in precious metals around here (I am long and looking to add). 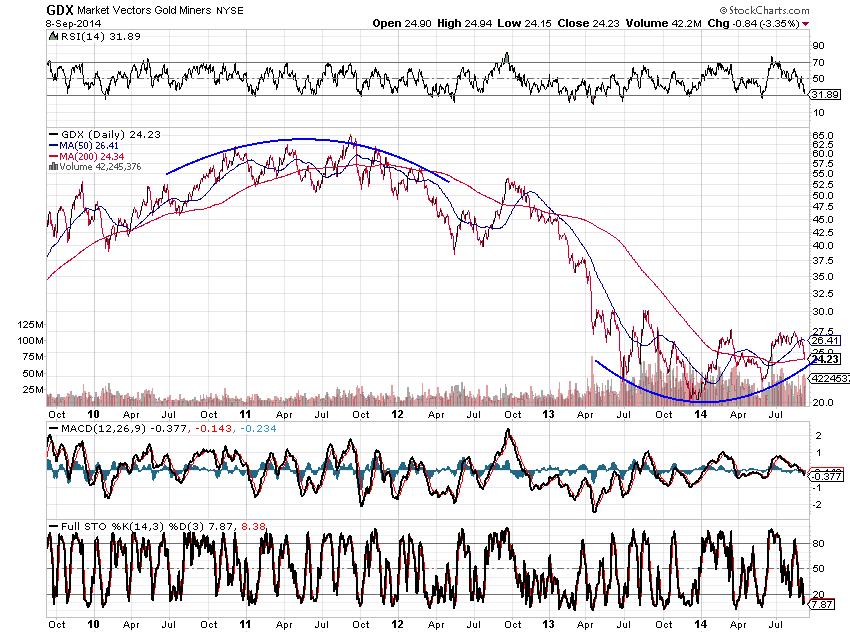 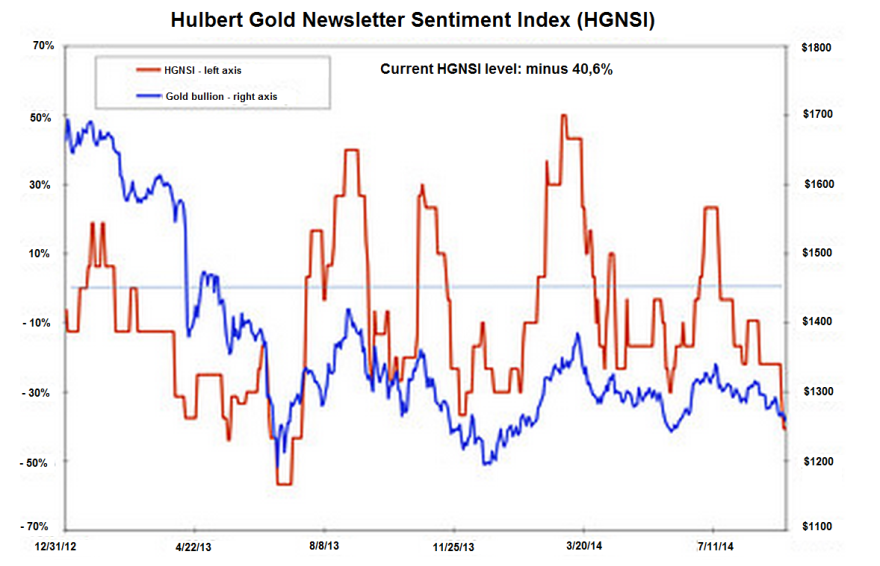 Gold has been falling the last several weeks in dollar terms as the USD has rallied strongly, but gold in yen, sterling and euros looks more healthy. The rising dollar is consistent with the deflation theme that is powered by demographics, and this theme should pull the rug sharply from under stocks in due course. When that occurs, gold should lift off, as in 1987: