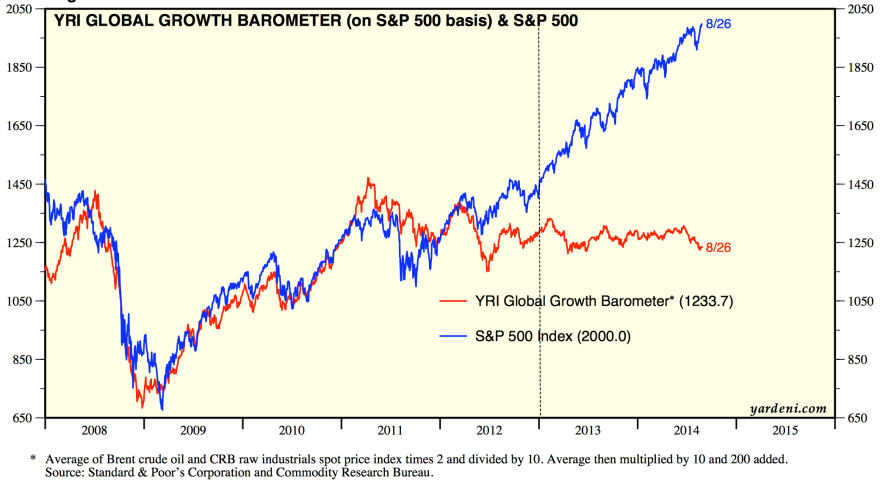 Over the last 18 months, US equities rose on 80% multiple expansion and just 20% earnings, and they diverged from economic fundamentals.

Institutions were net sellers in this period whilst retail investors became the buyers, typically the ‘dumb money’ and a sign of a peak.

The carry trade ceased to be fuel for higher prices.

Instead, retail investors went all-in on bullish equities allocations and then leveraged up in a major way, to propel equities higher. 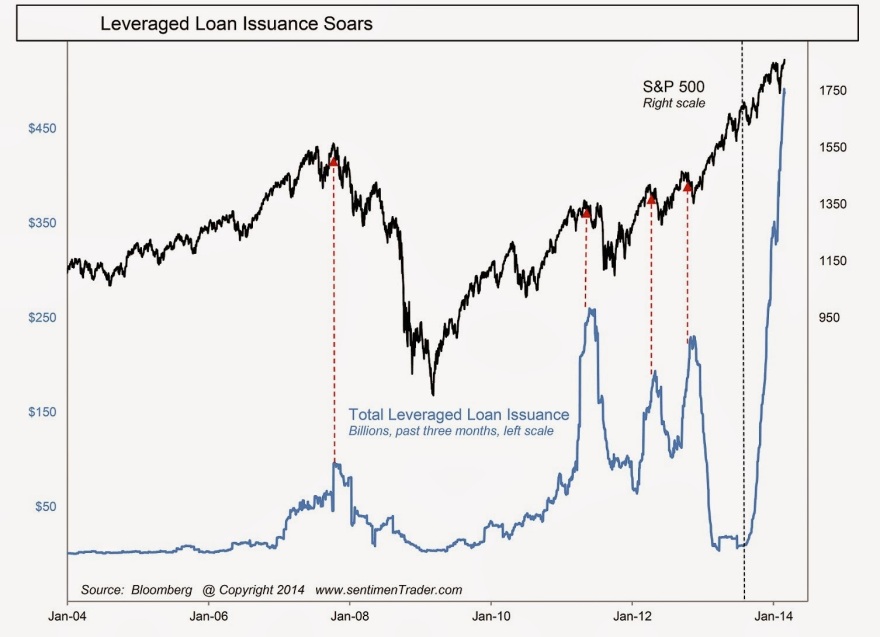 We see a trend of distribution in this period, both in major accumulation days (just 1) versus major distribution days (12) and in Chaikin money flow, which suggests underlying building smart selling pressure. 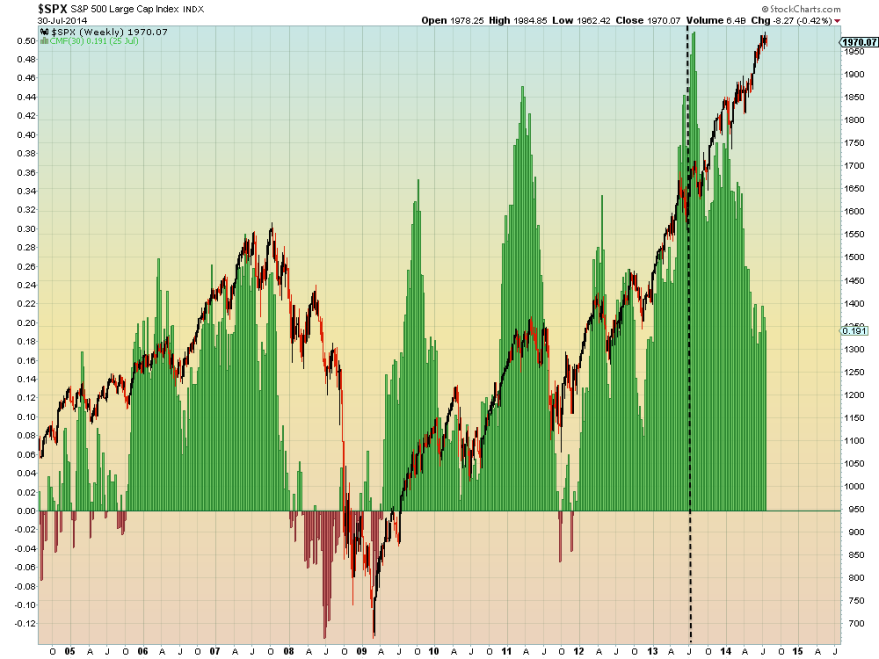 In short, the stock market mania of the last 18 months has been fuelled by the retail crowd and their credit facilities, not manipulated by the big institutions in some sort of cartel as some suggest.

The whole process can be explained by the rise into the solar maximum, driving people to speculate.

The process is mature and here in mid-2014 we see a range of indicators suggesting termination:

1. The best performing asset in 2014 is treasuries.

2. The best performing sectors in 2014 are utilities and healthcare, the defensives that typically outperform post market peak.

3. The hot speculative targets of Bitcoin, social media stocks and small caps all appear to have topped out, with Biotech a question mark but having made no progress since February.

4. Margin debt has also made no progress since February, which remains the peak.

5. Divergences have grown in breadth, sentiment and risk measures.

6. Volume on down days versus up days resembles previous peaks.

7. Sornette bubble end has flagged and extreme Skew continues to warn of a big move to the downside.

8. The smoothed solar maximum appears to have passed around Feb/March time.

9. Valuations have reached dizzy levels, with the median stock average valuation higher than in 2000 which was more concentrated in tech stocks:

Turning to the short term, yesterday was another record ultra low volume day. Also, $SPY remained in a 1 cent range for 18 minutes, almost dead, beating a Nov 2006 extreme of 10 minutes. Indices went nowhere overall, so we roll over to today. Geomagnetic disturbance is underway.

To sum up, my bottom line is this. Whatever research angles I collate always point to the same: a comprehensive multi-angled case for a bull market peak, and not just a peak some time soon, but the last gasps of a peak that has been in progress all year. We can argue over select indicators and doubt them individually, and no-one can avoid confirmation bias. But the breadth of the indicators and differentiation of the angles make for a multi-way, cross-referenced set that is surely something objective and compelling. The evidence just does not support a bull market continuation from here nor a parabolic blow-off top from here. The evidence says we should collapse any moment, not just into a correction, but into a devastating bear market with all that retail leverage and skewed allocations unwound in a very painful way.

Clearly price is all that ultimately counts, and therefore you should maintain a healthy doubt about my case until price proves it. But, rightly or wrongly, I still think this is it:  the stock market mania began 18 months ago; risk peaked 31 Dec 2013; the solar max, margin debt, hot sectors and indices peaked Feb/Mar 2014; and the last phase of the top was July/Aug with the Sornette bubble peak, European indices peaks and US indices peaks. I believe the current ultra-low volume double tops / marginal higher highs on negative divergences in Dow, SP500, JNK and IBB will resolve to the downside, and the devastation be reaped in September and October.