The most likely scenario is August closes around the current highs on another day of ultra low volume. I expect margin debt for August will challenge the February highs. By history, increased volume should return next week after US Labour Day. Negative divergences on marginal highs, double tops, lunar negative period, 3rd day of geomagnetic disturbance and all those indicator readings would ordinarily mean volume should return on the sell side. The day after Labour Day marked the 1929 peak, whilst the 1987 peak and the 1937 secondary peak both occurred in the second half of August, so this is an opportune window for the peak to finally occur.

The ultra low volume in context:

Rydex bull-bear assets are back over 10, ten months in an extreme high band.

Investors Intelligence sentiment is also 10 months at historical extreme and showing a divergence from the turn of year high: 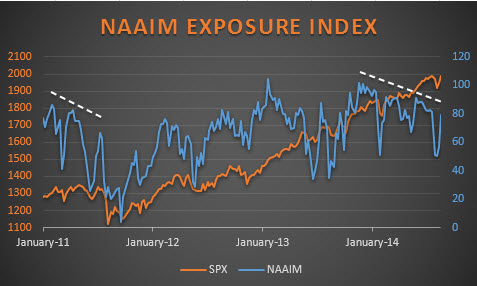 AAII sentiment has leaped back up to the bullish extreme following this latest V-bounce:

Skew is 10 months in an extreme high band and rising back up to maximum acute:

So what does odd reading mean? What do all the atypical and outlier readings in the 8 charts above mean?

Historic evidence says this is the prelude to an imminent collapse. Not a mild correction, but something truly devastating. The depth and maturity of the extremes and divergences does not mean safety is on the bulls’ side. Instead, history shows that the bulls needed these indicators to be resolved at lower readings and earlier in the timeline to prevent something irreparably nasty erupting. Panic-selling and crashes may not occur often, but all the ingredients for when they do occur are present.

Eurostoxx shows the parallel with 1937: 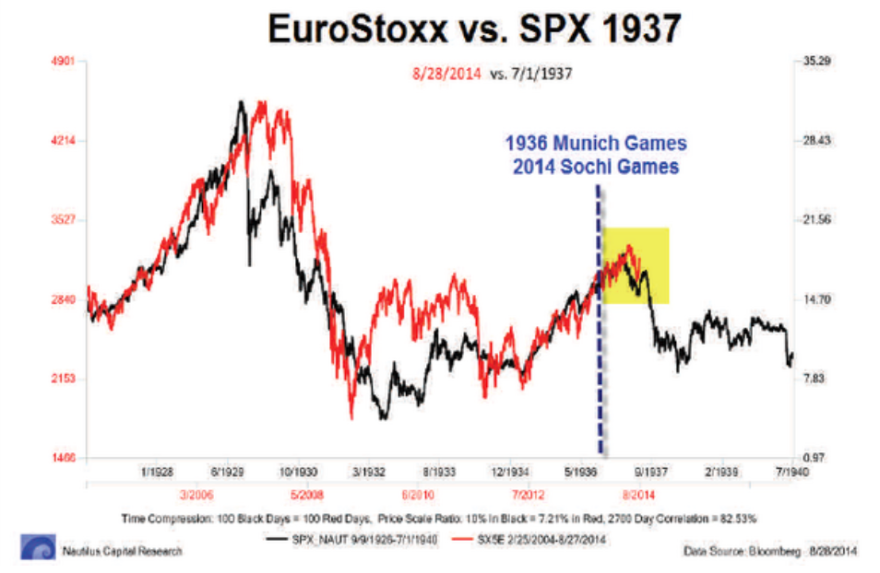 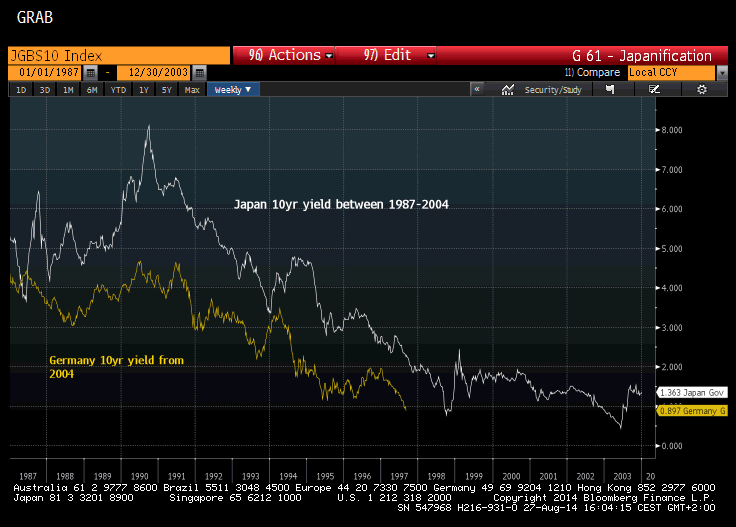 Italy has moved into outright deflation; Spain too: 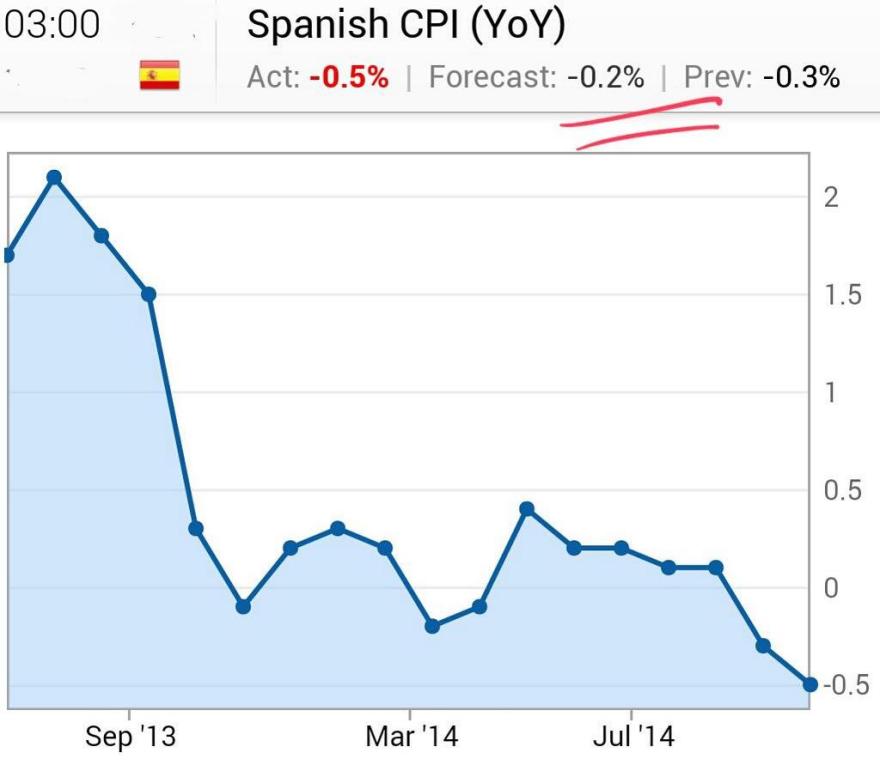 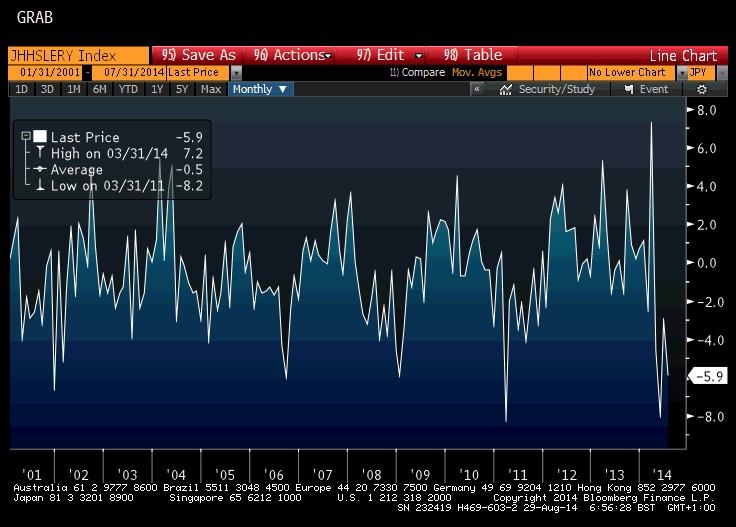 With a global softening in economic growth predicted by leading indicators in Q4, I believe the recent beats in US economic data will give way to disappointments as the stock market rolls over, and the worsening economic problems in Europe, China and Japan will help produce global negative feedback looping.

If the stock market rises next week then it will really produce the greatest anomaly yet with the scene-set:

1. The next few sessions are lunar negative for sentiment

2. We have current geomagnetic disturbance which is negative for sentiment

3. We are entering the inverted geomagnetic seasonal low for the year which is negative for sentiment

4. The solar maximum continues to wane from its Feb peak, which should cap speculation

5. We have mature indicator extremes in place since the turn of the year which show divergences too

6. We have a variety of short term divergences between the SP500 July peak and the August peak

7. We have have rallied since Aug 8th on extreme low volume which makes the new high sticking unlikely

8. We appear to have already put in peaks in Japan and Europe stock indices, US small caps and various risk measures.

So if it ignores all this and rises anyway? Then it becomes difficult. Get out and miss a flash crash which could occur any day, from which the market does not recover. Stay in (short) and risk the market melting up further.

I don’t share the view that the market will give us time to get short with an observable topping out process from here. By various indicators we are equivalent to the collapse point in 1987 or 2011, as examples, rather than earlier in the process. I believe one day soon we will wake up to a large gap down that runs and runs, and that we can already see the topping process going through the previously noted Jan-Mar-July phases leading into that.