So far in 2014, the SP500 has made a correction similar to those of 2013, and a larger correction remains historically overdue:

The bull save came at an important point on the Russell 2000 also, at channel support:

Both teasingly keep bull and bear cases in tact.

Tomorrow is the new moon and we are still in a seasonal low period for geomagnetism. Barring any adverse reaction to today’s FOMC output or economic/earnings data, the next few days would ordinarily be bullish on that moon/geomagnetism combination, before we roll over on both:

However, the potential for a market crash remains present with the extremes reached in sentiment, leverage, Skew and positioning, echoing May 2010 and 1987.

The Dow looks like this, and I have marked the potential position on the analog, given that we have pulled back to the top of the primary distribution range: 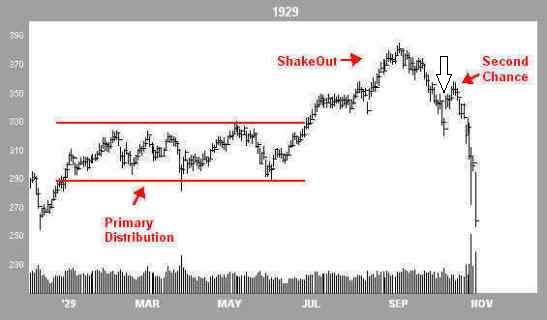 A little more retracing of the falls over the next few days would fit, creating a head and shoulders pattern and teeing up declines in February.

Why not head to new highs on all indices? Firstly, I had a multi-angled case for a market top 31 December 2013, which is so far being honoured on Dow and Nikkei (and Sp500 double top). Secondly, this is a parabolic top rather than a topping range, and we see typically see similar lower-high second-chance patterns on parabolic bubble charts, as opposed to marginal higher highs on divergences in topping ranges. Thirdly, there is a change in backdrop here in January: economic data has started to disappoint in line with leading indicators having predicted an economic peak between November-February and we have seen money flows into treasuries and defensive sectors away from cyclicals. Fourthly, the correction in equities over the past week has further to go, by multiple indicators. 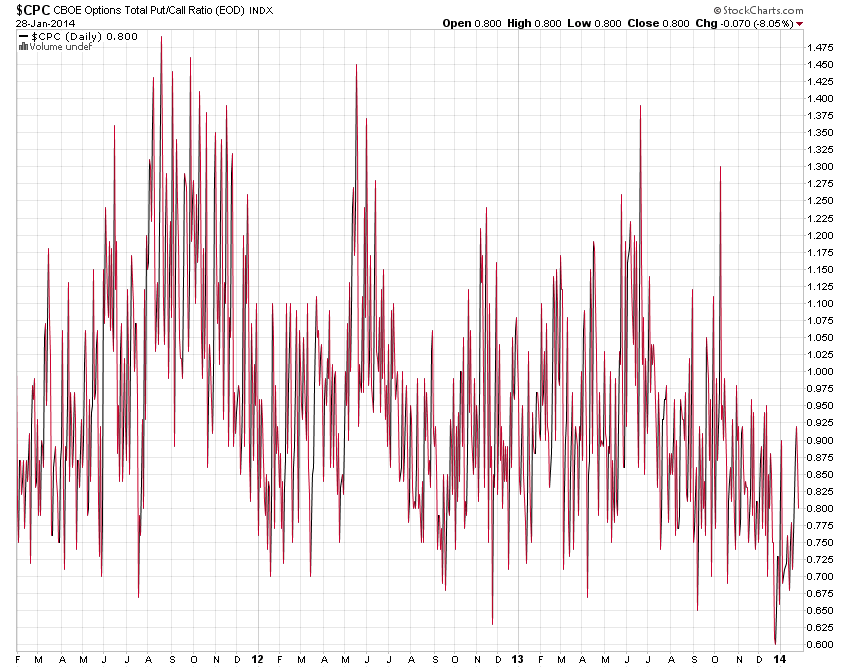 Nymo suggests more downside is required to complete a wash-out: 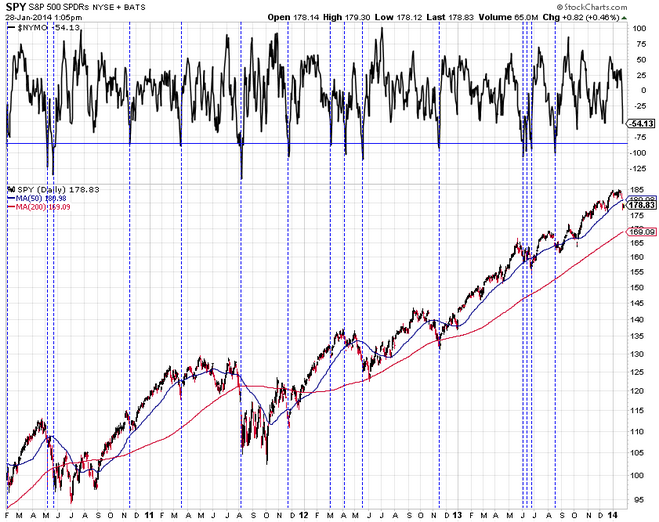 Friday was a 90% down major distribution day, and typically from a new high they normally come in clusters of more than one. Yesterday’s volume was unimpressive which also hints at more downside ahead. Skew remains elevated and divergence in breadth has increased. Sentiment measures are still lopsided.

December margin debt data is in, hitting a new record and an even steeper spike:

It has now reached 2.6% of GDP, similar to peaks in 2000 and 2007. With January’s price action in the stock markets, I expect that may turn out to be the peak in leverage. If margin debt, stock indices and the solar maximum peaked out at the end of December it will echo March 2000 where all peaked out together.

It remains too early to judge whether commodities are going to rally as a class as late cyclicals. Precious metals continue to base but are as yet without momentum. I believe that will come once equities more clearly enter a downtrend. Energy has been firmer, in part linked to the US cold spell, but whether oil and gas can rally if stocks more sharply decline remains to be seen. The risk-off days that we have seen have typically been pro-yen and anti-dollar, which could mean we see the support for commodities of a declining US dollar, should those equity declines erupt again. Soft commodities have yet to advance in a meaningful way, but scientists believe El Nino is forming and historically this has been positive for agri prices through the supply effects of increased droughts and floods. El Nino years have produced some of the hottest years on record. Global temperature variation has a correlation with solar cycling once the global warming trend is removed, so the combination of the solar maximum and El Nino would give potential for a new hottest year on record, but we will see how things develop.

China’s repo rate remains elevated heading into their week-long holiday. The markets welcomed Turkey’s large rate hike, but emerging market issues continue to simmer. US earnings reports this season have so far had a similar theme to previous quarters: poor revenues or weak sales guidance, profits through cost cutting, and share buybacks. The blended earnings growth rate for Q4 is 6.4% so far, but the blended revenue growth rate is just 0.7%. 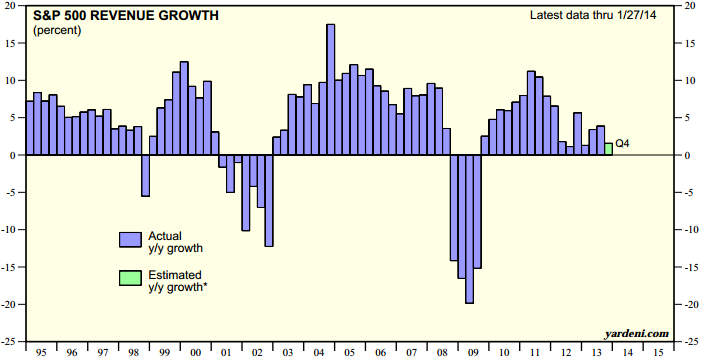 Barring some stellar revenue reports in the remainder of the earnings season, this is another impediment to further price gains in US equities.