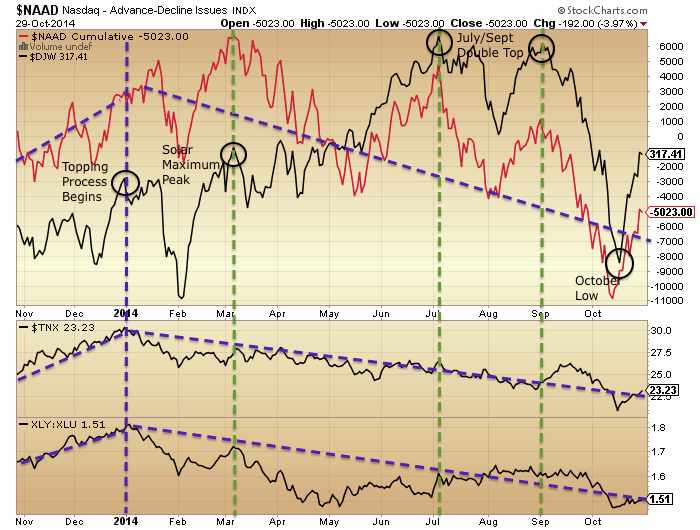 By various indicators, equities in 2014 align well with the last solar maximum year of 2000.

The topping process began in January. The solar maximum occurred in March with an associated speculation peak (margin debt peak, speculative target index peak with p/e>100 (Nasdaq in 2000, R2K in 2014)). A double top occurred in July and September, and an initial washout low in October (capitulative breadth spike >10). All this is captured in these two charts, using the Dow Jones World Index: 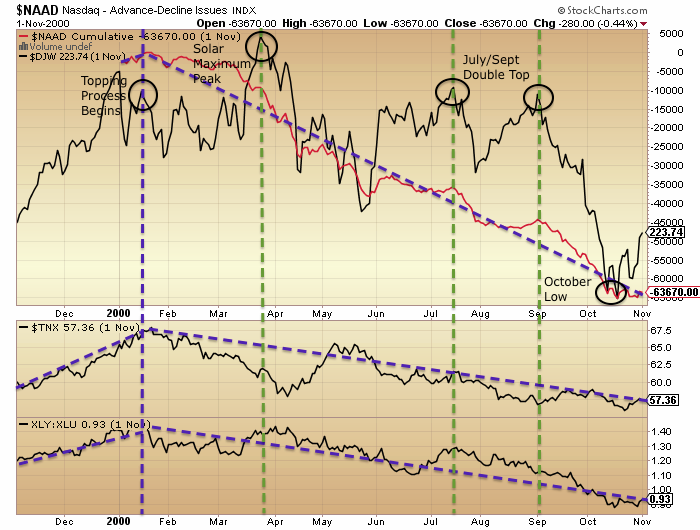 The July/Sept double top in price was higher in 2014 than the March peak (vs. lower in 2000), but the indicators reveal the topping process proceeding in the same way since the turn of the year.

We can see the top performing sectors align (defensives signalling a market peak): 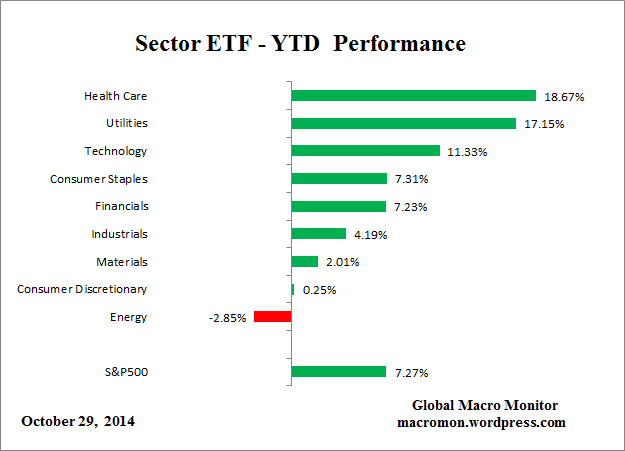 The extreme high banding in allocations aligns too. The October capitulative low failed to wash this out, just like in 2000.

Indicators position us equivalent to October 2000 (and January 2008 if we tie in the 2007 peak). Subject to how October closes, the monthly candles look similar:

The long-tailed candle, rather than being a bullish development, instead appears as the first evidence of real selling befitting the end of a topping process. That makes the rally a rip to sell.

The candle comparison unites with the positioning by indicators (solar max, topping process, margin debt, breadth, treasuries, sector performance, allocations), so it seems right. A negative November looks to be on the cards.