Time for an updated look at the common historic features of peaks in cyclical equities bulls, with the focus on the US market.

4. Rolling Over Of Leading Indicators : Yes

Global economic growth to peak out between November 2013 and February 2014 according to leading indicators with 4-6 month lag:

Developed economies are flirting with deflation, in line with demographic trends. However, recent action in commodities suggests that class may be gearing up to outperform as late cyclicals and deliver a temporary inflation shock to help roll the global economy into recession. Tentative breakouts to be watched. 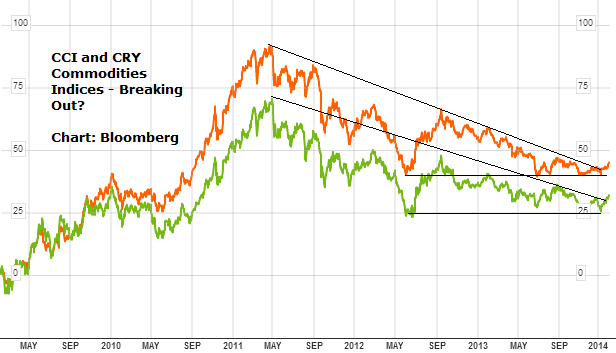 7. Cyclical Sectors Topping Out And Handing Over To Defensives: Yes 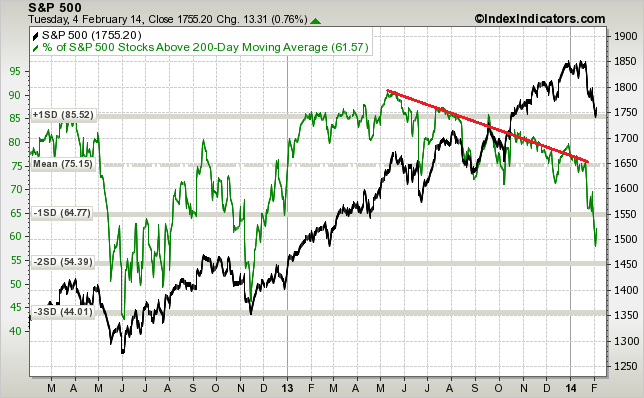 Parabolic shaping on US indices into blow-off top mirroring Dow 1929, 1987 and Nikkei 1989 (and analogies further supported by similar levels in valuations, sentiment and leverage) 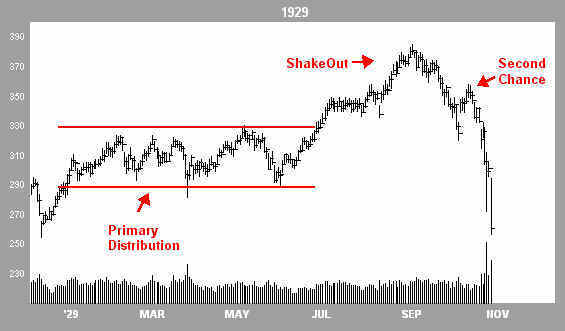 In short, with history as our guide, we have a fairly comprehensive case for a cyclical bull market top in US equities having occurred at the turn of the year. A late cyclical rally in commodities to deliver a short inflation shock would complete the picture. For equities, drawing together both the time and price guides of the analogies, we should now be alert to the possibilities of both a building out of a ‘second chance’ lower high and a more pressing collapse into waterfall declines.