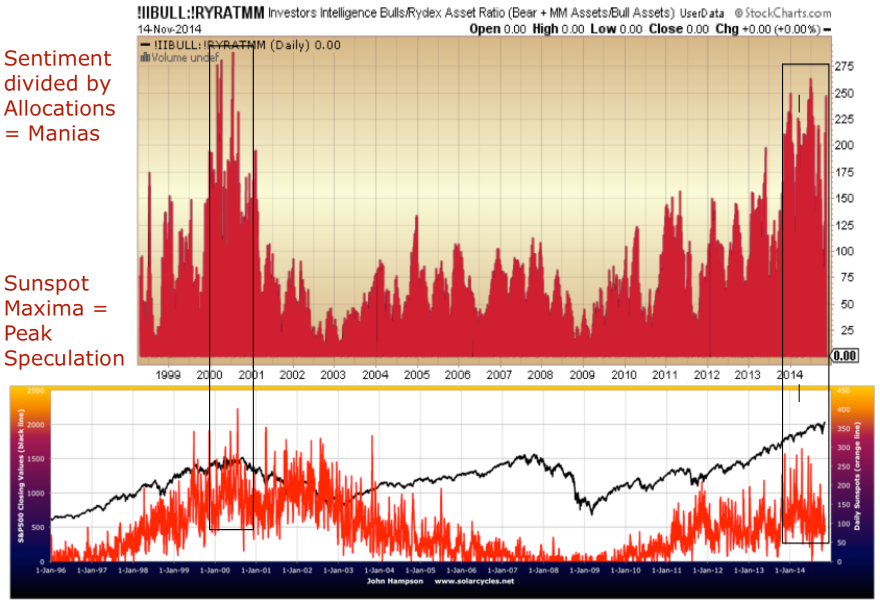 Are we at a bear market bottom in equities? Take a look:

1. Cash holdings of fund managers like the major stocks lows. 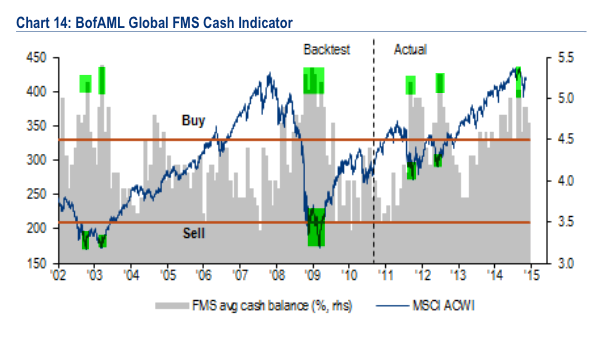 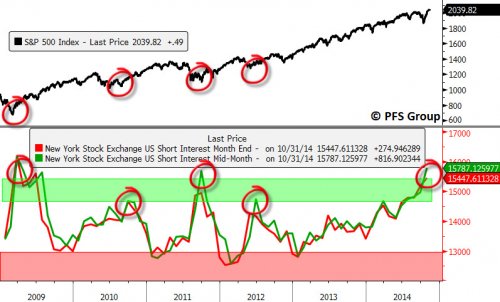 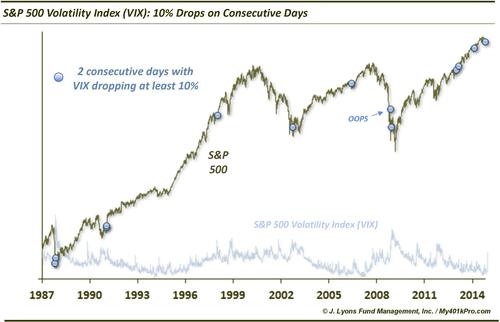 5. And yesterday the Vix put/call ratio reached the same level as the major lows in stocks in 2011 and 2010:

How could this occur as stocks reached all time highs yesterday? And how do we square all the above indicators with contrasting bull market topping readings in valuations, leverage, sentiment, allocations, dumb money flows, sector and asset rotation and others (all documented in detail on this site)?

One thing should be clear. We are not at a bear market bottom – we are at all-time highs, the very opposite. So in line with readings on some other indicators, we are in the realm of the unprecedented.

Look again at the first chart: fund manager cash. Note how it moved inversely to stocks until the start of 2013. After that, cash rose steadily as the stock market advanced. Same for the second chart of short interest: generally inverse to the market but not as of 2013. In that same period, institutions have been sellers whilst retail and buybacks have propelled prices higher, so maybe this accounts for what we are seeing. 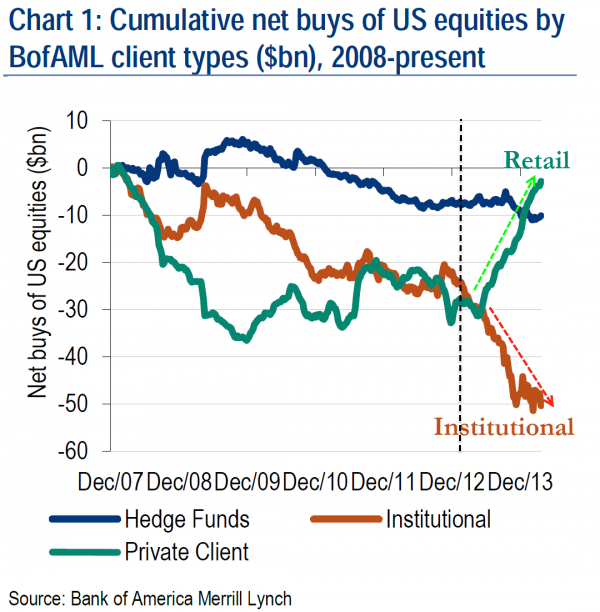 Look, if you want to take a bullish view on the all the above, no-one can argue against you. In the realm of the unprecedented, the implications of these readings will only be clear with hindsight. But, drawing all market disciplines together, my take remains that the most likely outcome is that we are heading for a steep and swift crash. All the terrific imbalances in the market, both in levels and durations, I believe are most likely to be resolved with a major reset. It’s either that or we are now in a new normal in which many traditional indicators no longer have validity. I don’t buy that.

Yesterday was another painful day, but the clues that a reversal is close at hand remain. Small caps and junk bonds declined again, defensive sectors outperformed, negative divergences persist and gold miners advanced again. Recall gold miners popped out of the top of their topping megaphone formation in 2011, only to be swiftly reversed with a long tailed candle to the upside. So I am looking for something similar. Maybe we have to wait until the weekend’s new moon, we will see. But, the lop-sidedness in the markets is more extreme than ever, when we look at Vix, Rydex, II&AAII and ISEE p/c all combined.

Lastly, here is sentiment over allocations which reveals stock market mania, tying in with the sunspot maxima.