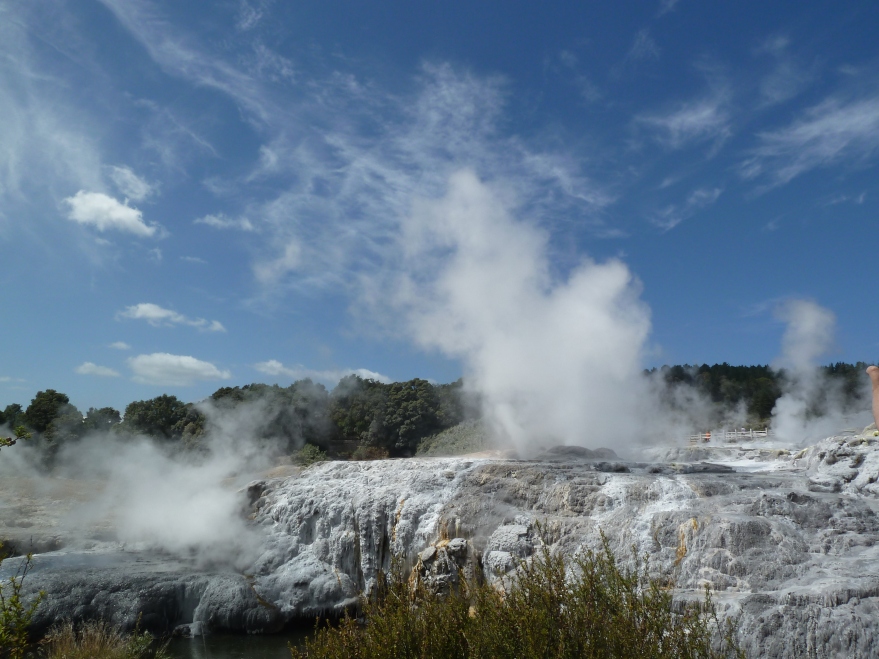 New Zealand was the last major landmass to be settled by humans. Just 800 years ago or so, Polynesians arrived and established the Maori culture here. British colonisation took place in the 19th century and the demographics today reveal 15% Maoris and the larger part of the remaining majority of British and Irish descent. There are similarities then in the demographic make-up with Australia, but the indigenous people here are more significant in numbers and arguably less indigenous. Only around 4 million people live in New Zealand and over half of those are found in the 4 major cities. That leaves a lot of wide open nature and the landscape is both beautiful and rich in natural resources. The country scores highly versus the rest of the world in various measures, including environmental health, biodiversity, self-sufficiency in foodstuffs, education and female equality at work.

Despite being a world-leader in such rankings, there is a brain-drain occurring to some degree from New Zealand to Australia – however, this is being backstopped by migration to NZ from Europe and other parts of the world. Like much of the planet, New Zealand is suffering from global wierding – in the form of drought currently – and this threatens its farmed exports this year. Because of the natural resource bias to the economy, NZ has fared particularly well in the secular commodities bull since 2000. Like Australia, I think this is the wrong time to invest because the commodities boom has driven up the currency and elevated property prices to above 2007 levels. If I am correct that the secular commodities bull is shortly coming to an end, then I expect New Zealand to experience an appropriate pull back in its markets and currency. Looking further out in to the future, however, I see the country as a likely riser on the world stage, sharing Australia’s main key ingredients of being rich in natural resources, with lots of space to develop into, being a young country unimpeded by tradition, and being largely made up of ambitious, adventurous immigrants.

I spent 3 nights in Auckland then 12 days motorhoming around the North Island. If I can be a picky traveller, I found it lacked a few land animals with which to have encounters. It’s the kind of landscape that feels like it should have some large predators but it doesn’t and never really did have. On the flip side that makes it a safe place to do wild camping, and whilst the authorities have tightened up a little on freedom camping in recent years, it is still largely permitted, with the exception of just a few areas such as the Cormandel peninsula. I found 12 days in the motorhome too many, due to the impoverished living standard (cramped, cold in the morning, and so on). However, if you can put up with that, I suggest it is a country particularly suited to it, not least because you can share nights alone with large wilderness and amazing views, both with permission and without threat.

I found the large scale modern architecture at Omaha Beach very exciting, and the coastal towns around the Bay Of Islands very picturesque. NZ is also rich in geological interest. Highlights included the giant sand dunes at the top of North Island, ‘hot water beach’ on Cormandel and the geysers and mud pools at Rotorua. These latter phenomena reflect the fact that New Zealand is volcanic, and still active. There is a supervolcano centered around Taupo and a megavolcano building under the sea to the north of the island. Clearly, volcanic activity is a risk to NZ, and it is the kind of black swan risk that probably won’t happen for thousands of years but yet could surprise at any time – at least until volcanic prediction becomes more accurate.

As usual, some pics to finish. Giant sand dunes at the very top of North Island: 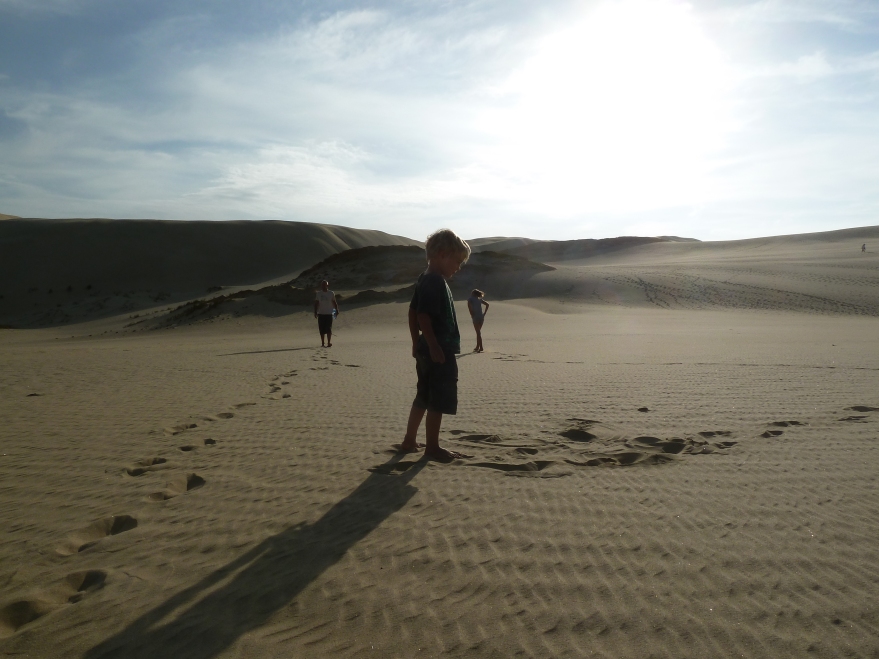 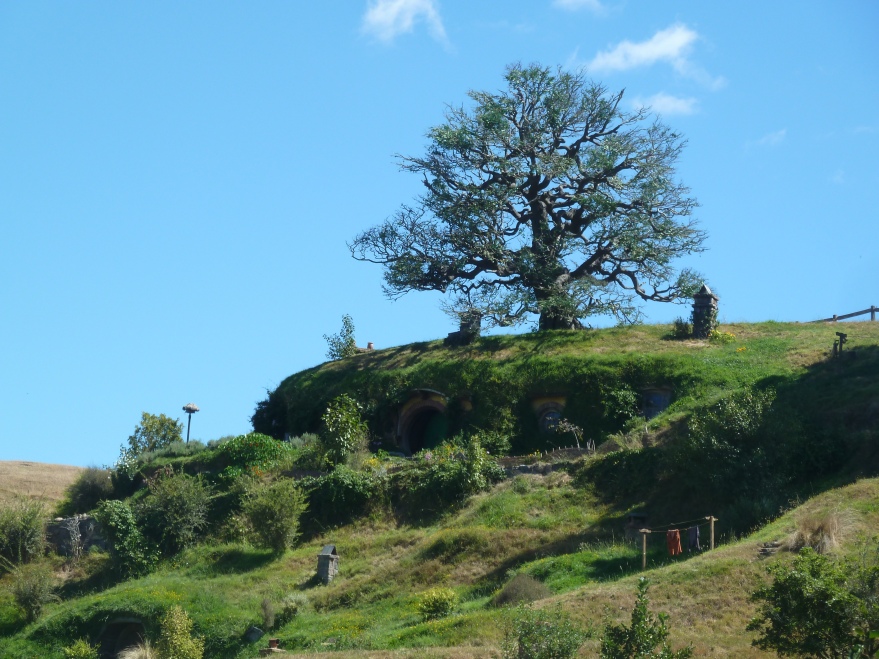 Steaming geysers and a silicon landscape at Rotorua:

Four months and a lot of expenditure later, I have a tan: 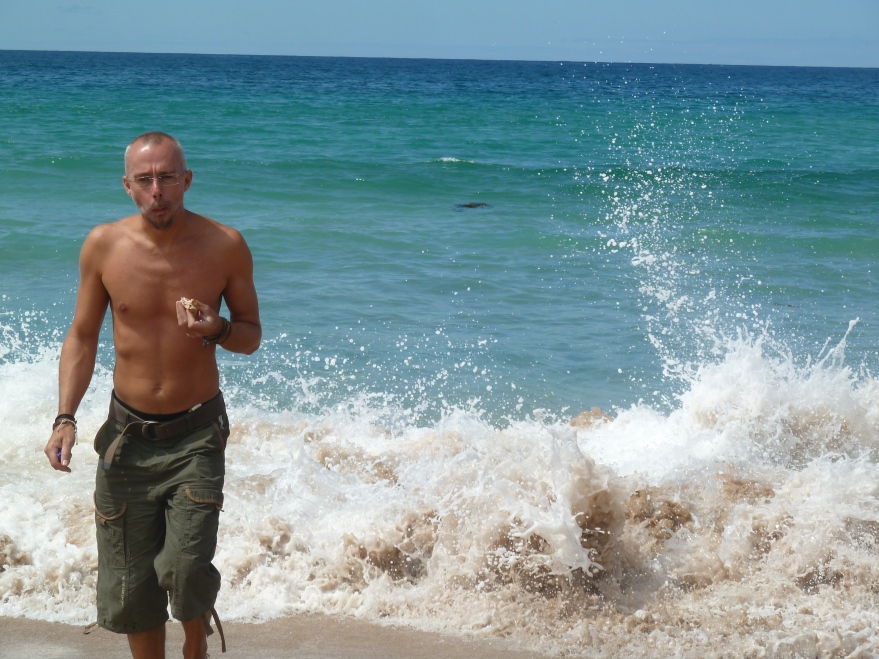 Wild camping: just us, big nature and the sunset: 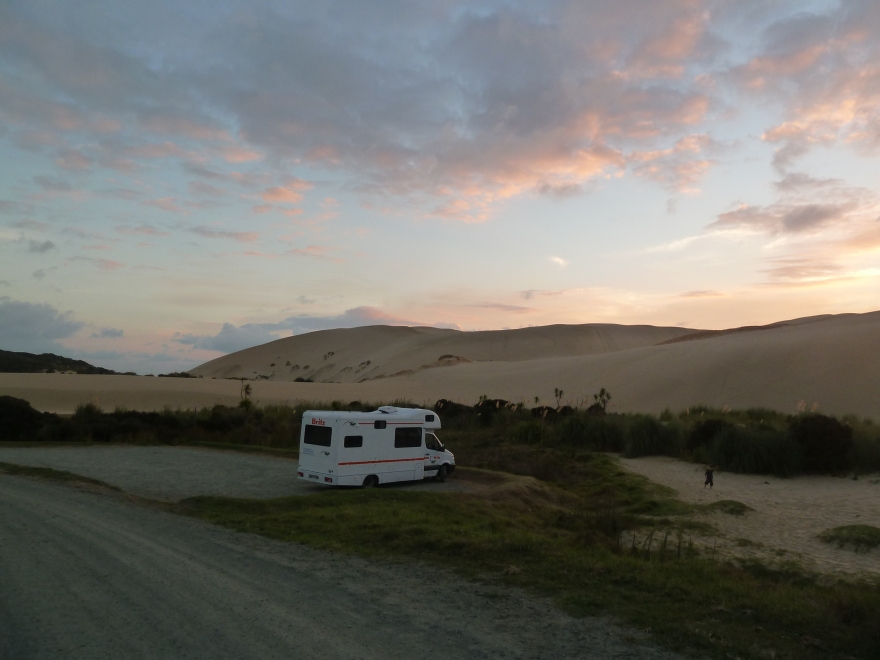