A rally in equities yesterday on increasing under-the-hood deterioration. 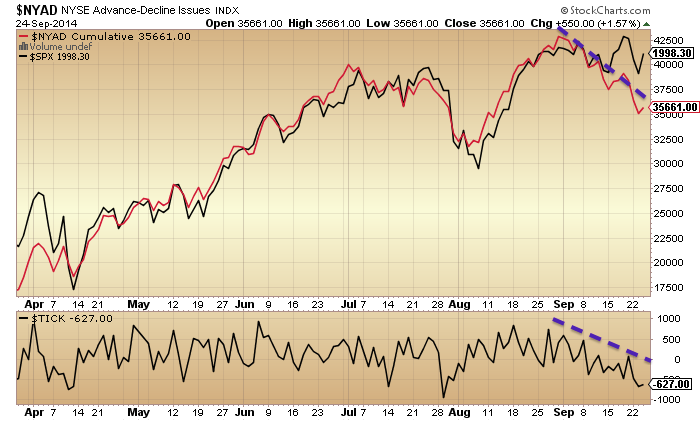 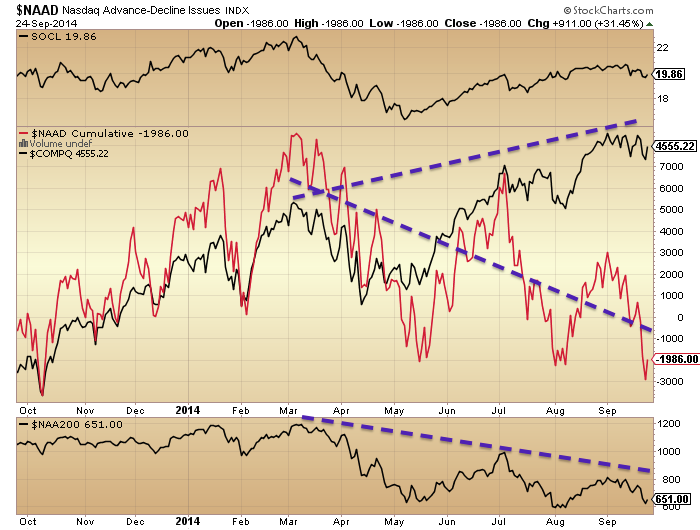 4. Russell 2000 made the smallest bounce of the four and remains in danger:

5. Junk bonds had another big down day:

6. Financial conditions have diverged since the start of July:

7. Skew reached reached a par with its highest ever (in 1998) at Friday’s close: 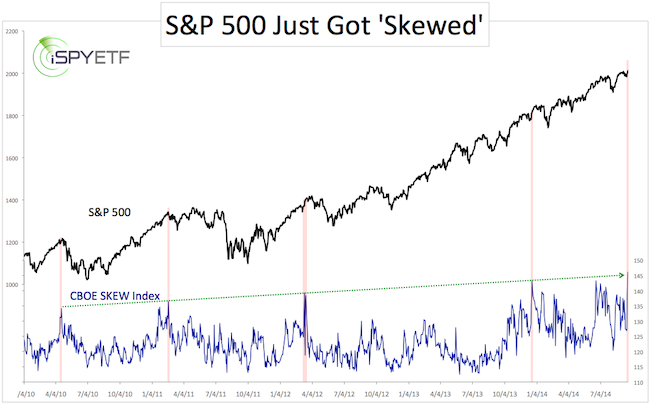 8. Investors Intelligence sentiment remains at the extreme this week, with 15% bears:

9. Rydex allocations also remain at the extreme at the end of yesterday, with the Friday-Tuesday sell-off not having dented confidence:

10. Margin debt for August was released and shown below. The February high remains in tact, which adds further weight to the speculation peak having occurred close to the smoothed solar maximum around then, and weight to the stock market being at the end of its topping process. September may seal it, subject to how the month closes.

11. Gold, Euro and US Dollar positioning continue to suggest a reversal is likely, in favour of gold and the Euro and away from the Dollar, with associations for equities. 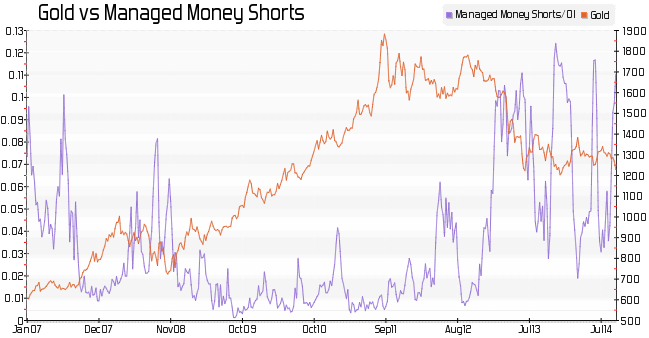 12. Sornette bubble end flag for US tech has now reached 0.6, which is an extreme high reading historically: 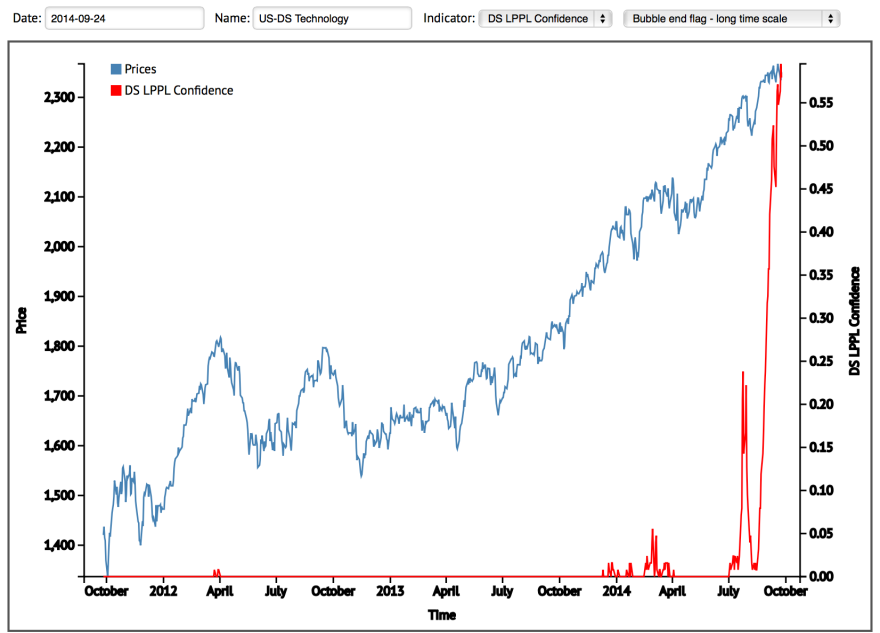 Four trading sessions left in September. I stick with my call that we have peaked. The internals reveal a very weak picture behind yesterday’s rally in equities, whilst we have an associated brewing reversal across gold, Euro and USD. I believe the breakdown in small caps and junk bonds in September, together with the potent negative divergences in equities this month have secured the broad markets peak and that we will not extend to year-end. The latest solar and margin debt data add to this likelihood.

In the very short term, yesterday’s rally broke the bearish momentum, setting up alternatives for how this week ends. Based on the deterioration covered above, it may be that yesterday’s bounce is quickly engulfed by the bears, to continue the downtrends, or it maybe that stocks can rally back up a little further and precious metals leak more before breaking (down/up respectively) in earnest. Either way, the next two weeks down into the full moon of October have great potential to trigger the true breakdown in equities and the squeeze in PMs.